Doing 'Mankad' was not in spirit of game: Afghanistan skipper Farhan Zakhil 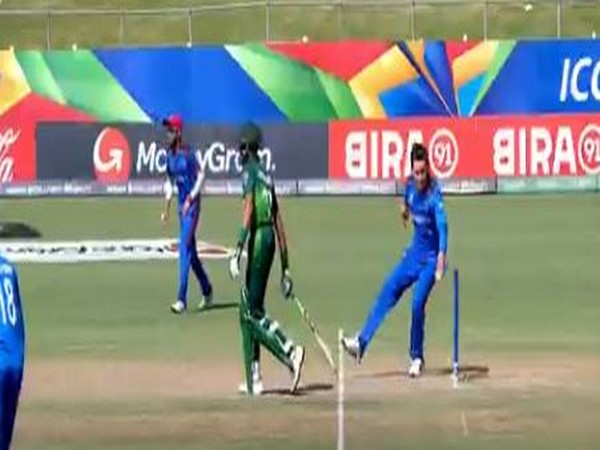 London [UK], Feb 1 (ANI): Afghanistan U-19 skipper Farhan Zakhil has admitted that resorting to 'Mankad' in the quarter-final clash against Pakistan was not in the spirit of the game, and the side probably would not have done it if they were in a winning position.

Afghanistan spinner Noor Ahmad ran out Pakistan opener Mohammad Huraira at the non-striker's end as he removed the bails while delivering the ball with the opener being out of his crease.
The matter was referred to the third umpire and replays found Huraira out of the crease.
"At that time, we realised let's do something different to build pressure on Pakistan. To be honest, it was not in the spirit of the game. But we wanted to win. It was a very important game for us. The people of Afghanistan wanted us to beat Pakistan. But it's within the rules - and out is out," ESPN Cricinfo quoted Zakhil as saying.
"If you want to make runs and rotate the strike, you must respect the opposition, which is why we went ahead. If we were winning, we probably wouldn't have done it," he added.
Pakistan went on to defeat Afghanistan to set-up a semi-final clash with India on February 4.
As per the laws of the game, "if the non-striker is out of his/her ground at any time from the moment the ball comes into play until the instant when the bowler would normally have been expected to release the ball, the non-striker is liable to be run out."
During the 2019 IPL, Ravichandran Ashwin also ended up dismissing Rajasthan Royals' batsman Jos Buttler through the 'Mankad' and this riled up various cricketers and fans worldwide. (ANI)