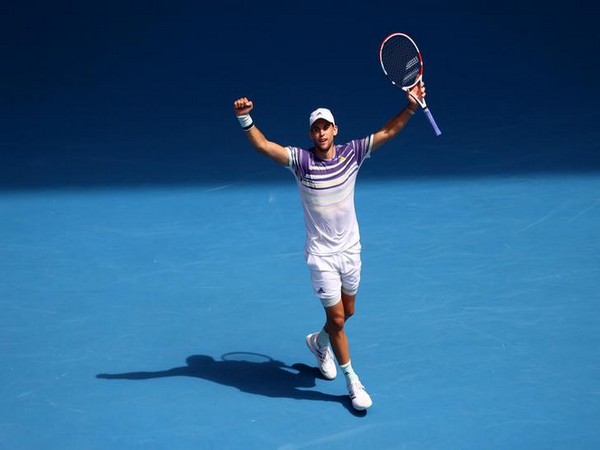 Melbourne [Australia], Jan 27 (ANI): Austrian tennis player Dominic Thiem on Monday cruised into the quarterfinals of the Australian Open after registering a win over Gael Monfils at the Rod Laver Arena.

The world number five brushed aside Monfils in straight sets 6-2, 6-4, 6-4 in the third round clash to seal a maiden Australian Open quarterfinal spot. The Austrian dominated the match from the beginning and remained in a positive rhythm to outclass the French opponent.
"I think that I played my best match so far of this Australian Open. A very, very good feeling. The score looks way easier than the match was. I think I was lucky to make an early break in each set and then was managing to hold my serve well. I'm so happy because I'm for the first time in the quarter-finals here," Association of Tennis Professionals (ATP) quoted Thiem as saying after his triumph. (ANI)