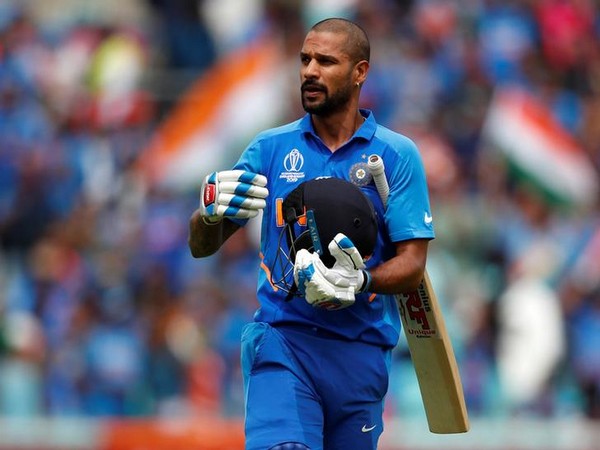 New Delhi [India], May 14 (ANI): Indian opening batsman Shikhar Dhawan on Wednesday admitted that he likes to be at the non-striker's end at the start of the game.

During an Instagram live session with former pacer Irfan Pathan, the 34-year-old also said that he doesn't have any problem in facing the fast bowlers.
"Everyone has their own views, I am an opening batsman. I have done that role for India for eight years now, so obviously I play the fast bowlers. If I do not face them in the first over, then I eventually do in the second over. I do not like taking strike on the first ball of the match and I am honest about it but if any youngster comes in the side then I would obviously ask them if they are comfortable taking the strike or not," the left-handed batsman said.
Earlier, Dhawan's opening partner Rohit Sharma, during an Instagram live session with Australian batsman David Warner, complained that he does not like to face the first ball of the match.
Delhi Capitals batsman shared his wedding story and said his parents were against the marriage initially but later on they got convinced.
"I met Ayesha online. We fell for each other eventually. I knew she had two kids from her first marriage, for some time my parents were against our marriage. It was a tough period but I tried to convince my parents. They eventually got behind the marriage. You need the courage to do all this," he said.
Dhawan last played an ODI match for India in January this year. After that, he picked up an injury which resulted in his being ruled out of the series against New Zealand.
Dhawan would have been in action for Delhi Capitals in the Indian Premier League (IPL) if the tournament had started by March 29. However, the tournament has been suspended indefinitely due to the coronavirus pandemic. (ANI)