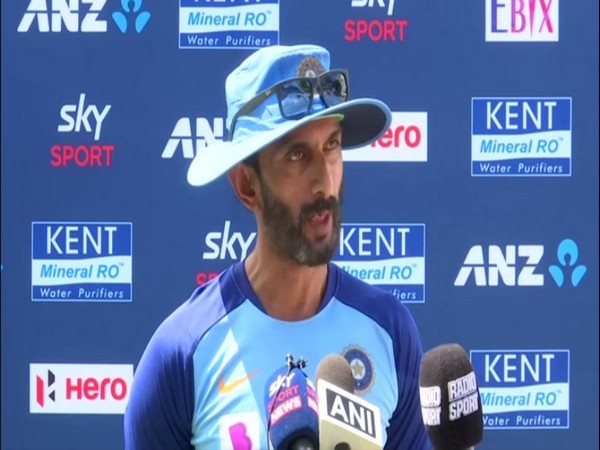 Hamilton [New Zealand], Jan 28 (ANI): Ahead of the third T20I against New Zealand, India batting coach Vikram Rathour on Tuesday said that the team management now knows what the core of the side will be for the upcoming T20 World Cup.

He also added that he does not see many changes happening to the squad for the World cup later this year in Australia.
"Adjustments will keep on going on. As soon as I am concerned we know what our core will be for the upcoming T20 World Cup. Don't see many changes happening to the World Cup squad," Rathour told reporters ahead of the third T20I.
Middle-order batsman Shreyas Iyer has impressed everyone with his knocks in the first two matches of the series. He has so far scored 102 runs and has seen the side over the line in both T20Is against the Kiwis.
"Apart from having those skills, he (Iyer) has an amazing mindset. He believes he is a big player and a match-winner. He believes in his abilities, the mindset is amazing," Rathour said.
"This new generation of cricketers amaze me. They turn up to the ground and start performing straight away, I am extremely happy as they did not take much time to get settled. It's great, the more opportunities the guys are getting, it is helping them to showcase their skills," he added.
The batting coach also said that the pitches on foreign soil are getting even, and added that having the 'A' team on the tour helps if the senior side is bogged down by injuries.
"The foreign pitches are getting even and even. the amount of cricket these guys are playing, they are adjusting beautifully. It is more about the adjustment in the mindset. Whatever we get, we are going to take it on," Rathour said.
"That helps a lot. In case of any injuries, you know that the A team is here, so you are in good stead. They are already acclimatised to the conditions," he added.
India and New Zealand will take on each other in the third T20I on Wednesday. (ANI)