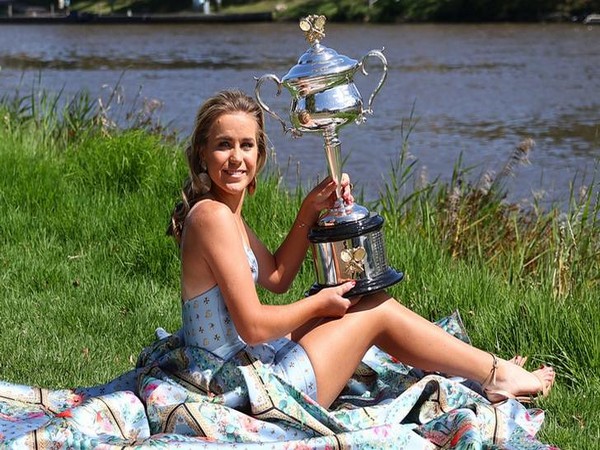 Kenin took to Twitter and described her career journey incredible. She also thanked fans and supporters for coming out in numbers to watch her play during the tournament.
"WOW!! My dream came true! It's been an incredible journey for me to get to where I am today holding Daphne. Thank you everyone for being there with me every single match, for supporting me, this means everything to me. Feel so special in this gorgeous Jason Grech dress!" Kenin tweeted. 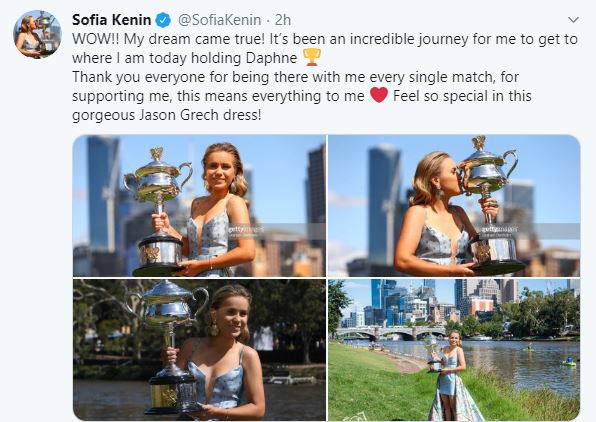 Kenin on Saturday lifted her maiden Gland Slam title after defeating Spain's Garbine Muguruza in the final of the Australian Open. The 21-year-old overcame Muguruza 4-6, 6-2, 6-2 at Rod Laver Arena in the finals of the tournament.
Kenin became the youngest Australian Open women's singles champion in 12 years. The two-times Grand slam winner Muguruza played aggressive tennis and did not allow the American to get any momentum, taking the set 6-4.
However, Kenin bounced back in the second set with a terrific display of tennis skills and won the set 6-2. Kenin dominated the Spanish star in the third set and outclassed Muguruza 6-2. (ANI)