Dreams should be accompanied by positive outlook: Mayank Agarwal 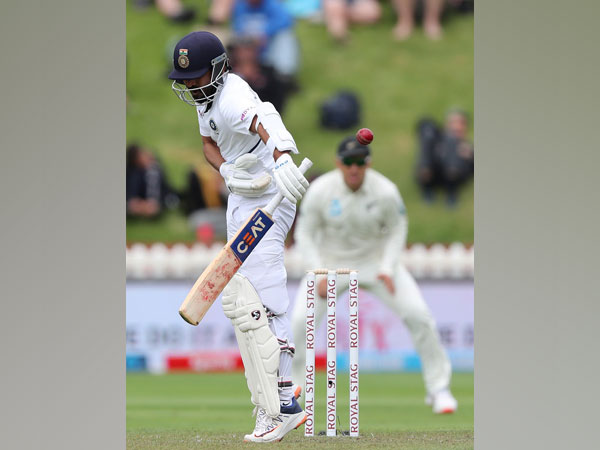 New Delhi [India], June 30 (ANI): Indian cricketer Mayank Agarwal feels that dreams cannot just be configured in the head but they should be firmly accompanied by a positive outlook.

The right-handed batsman on Monday shared a picture of him walking out to bat in a Test match and said dreams could be accomplished by sheer determination.
"Dreams can't just be configured in the head, but they should be firmly accompanied by a positive outlook and sheer determination to accomplish the goal," Mayank tweeted. 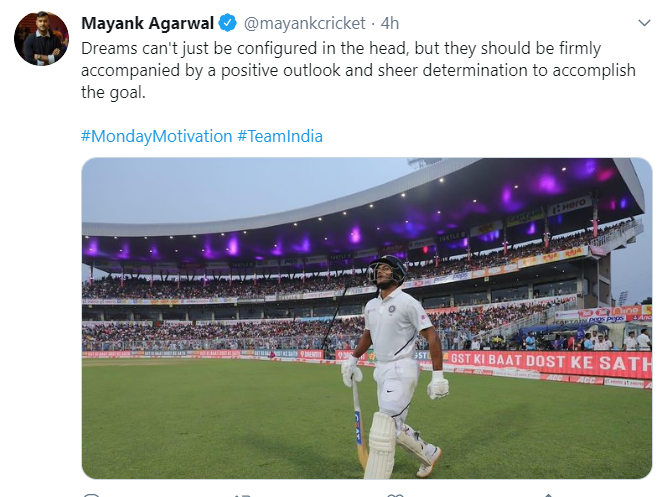 The right-handed batsman was last seen in action during India's two-match Test series against New Zealand earlier this year.
Mayank travelled to New Zealand to play the two-match Test series of ICC World test Championships (WTC) and scored a total of 102 runs in four innings.
India lost the series 2-0 after the dismal performance against Kiwis.
The Kings XI Punjab aggressive batsman has to wait a bit to step on the field as the Board of Control for Cricket in India (BCCI) has postponed the Indian Premier League (IPL) indefinitely due to the coronavirus pandemic. (ANI)