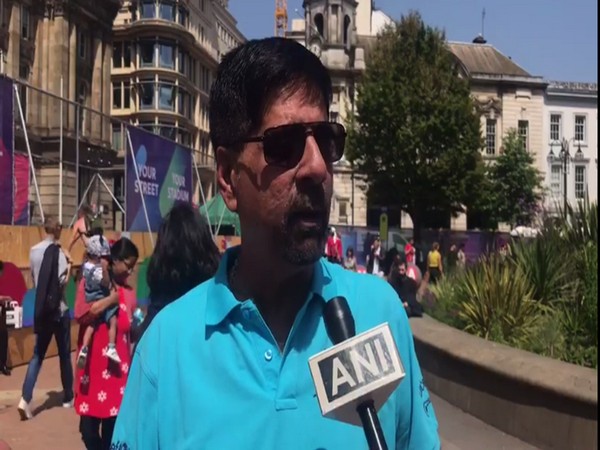 1983 World Cup-winning member Srikkanth recalled the journey to the prestigious title and said the Indian side went as the underdog in the pinnacle of cricket.
"When India went for the 1983 World Cup, the previous two World Cups were a disaster for India, we hardly did anything in 1975 and 1979, with mighty West Indies who had won the title two times and the tournament being played in England, no one gave India a chance, any purist who followed the game thought that India stood a chance to move even a distance in the tournament. But the end result that came out was a revolution, this victory changed the shorter format cricket. It also turned the tide for us, it shaped all the budding cricketers in India when Kapil Dev collected the trophy at Lord's, it revolutionised cricket," Srikkanth, the veteran of 146 ODIs, told ANI.
"It was a monumental victory, it changed the landscape of Indian cricket. It changed the shorter format as India won Benson and Hedges Cup in 1985 after the World Cup," the former right-handed batsman added.
Speaking about the 1983 winning squad, he said the team consists of many all-rounders with 'natural talent' and 'born cricketers' who were exceptional in batting, bowling and fielding.
"Personally I believe comparing cricketers of different generations is not right, 83 team was completely different. We had a lot of all-rounders and all of them could perform multiple duties. The team was a very good fielding unit as well, that side was filled with natural talent, that team was born to play cricket," Srikkanth said.
India won their first-ever cricket World Cup title defeating West Indies at the Lord's Cricket Ground. After the win, cricket got a fillip in the country, elevating the sport to religion for fans with every child wanting to become a cricketer.
India's World Cup final playing XI included Sunil Gavaskar, K Srikkanth, Mohinder Amarnath, Yashpal Sharma, SM Patil, Kapil Dev (c), Kirti Azad, Roger Binny, Madan Lal, Syed Kirmani and Balwinder Sandhu.
In the finals, West Indies won the toss and opted to bowl first. India managed to score just 183 runs with Andy Roberts, taking three wickets while Malcolm Marshall, Michael Holding, and Larry Gomes picked up two wickets each.
For India, Srikkanth top-scored with 38 runs, apart from him, no other batsmen managed to go past the 30-run mark.
Defending 183, India did a good job of keeping a check on the Windies run flow and Madan Lal then dismissed the key batsmen Vivian Richards (33), reducing Windies to 57/3. Soon after, the team was reduced to 76/6 and India was the favourites from there on to win the title.
Mohinder Amarnath took the final wicket of Michael Holding to give India its first-ever World Cup title win. West Indies was bowled out for 140, and India won the match by 43 runs.
On being asked about the current India side, Srikkanth termed Virat Kohli led-team as the 'world-beater' with quality players.
"The team under Virat Kohli is a world-beater side, it has quality players like Rohit and Rahul. And we now have the potent bowling lineup as well with the emergence of Bumrah and Ishant. All bases are covered as far as this side goes, it should have been a cakewalk against New Zealand in the 2019 WC, I think the comparison is unfair, but both 83 and current side are quality teams," he said. (ANI)