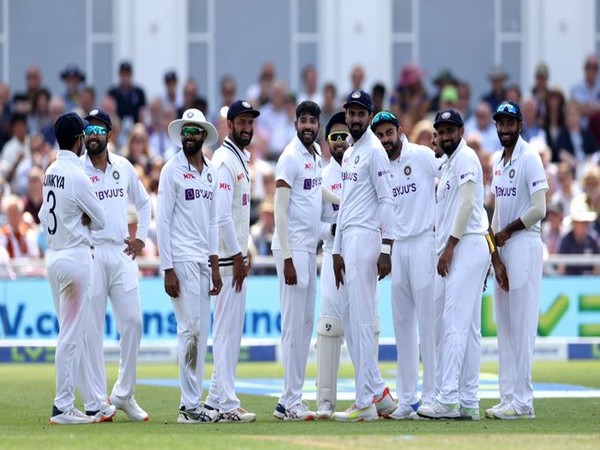 Nottingham [UK], August 4 (ANI): Dominic Sibley (18) and Jonny Bairstow (29) were dismissed in the second session as England was reduced to 138/4 in the ongoing Day 1 of the first Test here at Trent Bridge, Nottingham on Wednesday.

At the tea break on Day 1, England's score is 138/4 with Root (52 ) unbeaten at the crease. Mohammed Shami removed Sibley and Bairstow in the second session.
Resuming the second session at 61/2, England lost the wicket of Dominic Sibley (18) in the third over of the session as he handed a simple catch to KL Rahul off the bowling of Mohammed Shami. Jonny Bairstow then joined skipper Joe Root in the middle.
Root and Bairstow played with caution but upon the introduction of Ravindra Jadeja, the Three Lions skipper started to look more proactive. Both batsmen were playing well, but right on the cusp of tea break, Shami dismissed Bairstow (29) and England was reduced to 138/4.
Earlier, Jasprit Bumrah and Mohammed Siraj were the standout performers as England lost two wickets in the first session. England was 61/2 at lunch with Sibley (18*) and Joe Root (12*) unbeaten at the crease. For India, Bumrah and Siraj scalped one wicket each in the first session.
India had got off to the perfect start after having been asked to bowl first, as Bumrah caught Rory Burns (0) plumb in front. England lost a wicket in the very first over of the innings. This brought Zak Crawley to the middle and he joined Dominic Sibley at the crease.
Crawley and Sibley saw through the first ten overs, and they mixed caution with aggression to see off the opening spells of Bumrah and Mohammed Shami. Both batters put on 42 runs for the second wicket, but the partnership came to an end in the 21st over as Mohammed Siraj removed Crawley (27). England skipper Joe Root and Sibley then ensured that the hosts do not lose more wickets before the lunch break.
Brief Scores: England 138/4 (Joe Root 52*, Jonny Bairstow 29, Mohammed Shami 2-18) vs India. (ANI)