Eng vs Ind: Don't care whether I dismiss Kohli or not, says Anderson 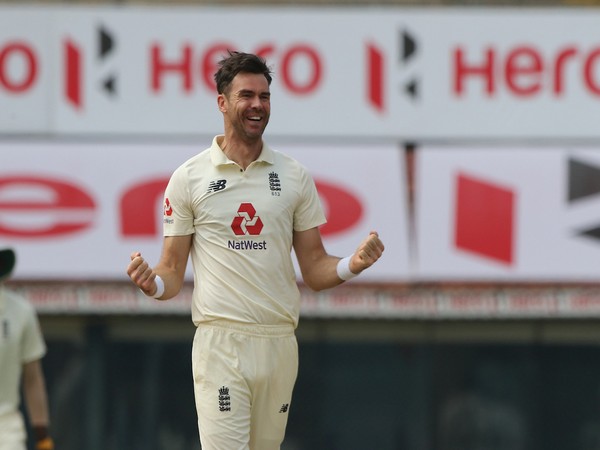 Nottingham [UK], August 3 (ANI): Ahead of the Test series against India, England pacer James Anderson on Tuesday said that he does not care whether he dismisses Virat Kohli or not as long as someone else is managing to take his wicket in the series.

India and England will be locking horns in five Tests, with the first starting on Wednesday. This series marks the start of the second World Test Championship (WTC) cycle. When India toured England in 2014, Anderson proved to be Kohli's nemesis, however, the tables turned around in 2018 as the Indian skipper got the better of England seamer.
"I'm definitely excited to play against him again. You always want to challenge yourself against the best in the world and he's certainly that. We know how big a player he is for them both as a batsman and as captain, he has a huge influence on that team. So we know he's a big wicket and to be honest I don't care if I get him out. As long as somebody gets him out that's the main thing. He's an important wicket," said Anderson during a virtual press conference on Tuesday.
"But I think challenging yourself against the best in the world is really exciting and their top six is riddled with talent. It's going to be a big challenge for us seam bowlers," he added.
When Virat Kohli was asked during a press conference on how he will tackle Anderson, the Indian skipper replied: "I'll just bat."
The first Test will be played at Trent Bridge and Anderson has enjoyed bowling at this particular ground. At the Bridge, the seamer has taken 64 wickets at an average of 19.62 with seven five-wicket hauls.
"I do like playing here. I feel at home here. It is such a friendly place to play. The stewards and staff are incredibly friendly. It's just somewhere I feel really comfortable," said Anderson.
"In years gone by, swing has played a big part here. It's a ground where you look up [at overhead conditions] not down at the pitch. If there's cloud cover or if it's humid, it's generally a good place to bowl. If there's a bit of grass on the wicket it will carry to the keeper and slips," he added.
India had last won a Test series in England in 2007 under the leadership of Rahul Dravid and after that, the Men in Blue have struggled to get past the Three Lions on their own backyard. (ANI)