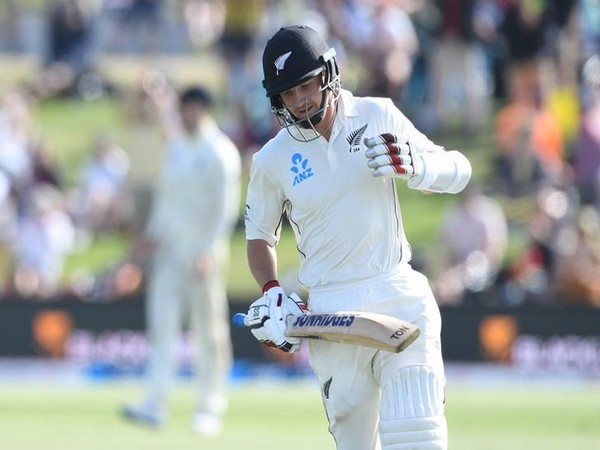 Edgbaston [UK], June 10 (ANI): New Zealand Cricket (NZC) on Thursday confirmed that wicketkeeper-batsman BJ Watling has been ruled out of the second Test against England.

"BLACKCAPS wicket-keeper BJ Watling is a late withdrawal from the second Test against England in Birmingham, after failing to overcome a sore back," the NZC said in an official statement.
The injury has troubled Watling in the past and although it has improved in the past 24 hours, it hasn't improved enough to be confident of him getting through a full Test behind the stumps.
Wellington Firebirds wicket-keeper batsman Tom Blundell will take the gloves and bat six in his 11th Test.
On Wednesday, it was confirmed that skipper Kane Williamson had been ruled out from the second Test against England. Williamson has been ruled out as he rests his irritated left elbow. He has been managing the injury since first missing matches in March and coach Gary Stead said it was still troubling him.
"It is not an easy decision for Kane to have to miss a Test, but we think it is the right one," head coach Gary Stead said in an official statement.
"He has had an injection in his elbow to relieve the irritation he has been experiencing when he bats and a period of rest and rehabilitation will help maximise his recovery. The decision has been made very much with the ICC World Test Championship Final at Southampton in mind and we are confident he will be ready for that match starting on June 18," he added.
Tom Latham will captain the side for the third time in Williamson's absence, while Will Young comes into the starting XI and will bat at number three.
The first Test between England and New Zealand had ended in a draw and both the teams will now lock horns in the second Test, beginning Thursday at Edgbaston.
After the series against England, New Zealand will lock horns against India in the finals of the World Test Championship (WTC), beginning June 18 at the Ageas Bowl, Southampton. (ANI)