Eng vs NZ: Hosts to reaffirm commitment to 'improve society through cricket' ahead of 2nd Test 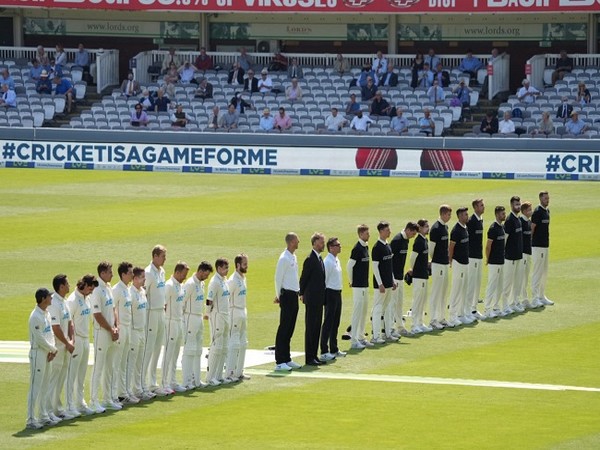 Edgbaston [UK], June 10 (ANI): England cricket team will wear anti-discrimination t-shirts on the morning of the second Test against New Zealand at Edgbaston to reaffirm their pledge of making cricket a more inclusive and representative sport.

This will be the second time in the series when England will take a "moment of unity" having observed it ahead of the first Test too. Things haven't been good for the England cricket team following Ollie Robinson's suspension from all international cricket.
The England pacer was suspended pending the outcome of a disciplinary investigation following the tweets he posted in 2012 and 2013.
After Robinson's suspension, old tweets from England's limited-overs skipper Eoin Morgan and wicket-keeper Jos Buttler came to light which seems to be written in a way that mocks the English language used by fans
England skipper Joe Root said the side wants to make a positive change in cricket and also make it a better place following the turn of events.
"Look at what we set out to do at the start of the summer: we started the [Lord's Test] with a moment of unity and wearing those anti-discrimination t-shirts and that is the current feeling within our dressing room and something that we're very committed to," ESPNcricinfo quoted Root as saying.
"Moving forward as a side that is something we want to do: we want to make positive change in our sport [and] we want to make it a better place," he added.
The England skipper also admitted that some "uncomfortable things" have come to the fore in the last week but they need to keep finding ways to educate players for bettering the sport.
"Of course, there's been some uncomfortable things [that have] come to light over the past week and we have to own that and we have to accept that, but ultimately as a side, we have to keep trying to find ways of bettering our game and bettering society through cricket," said Root.
"We will continue to wear those shirts and continue to keep finding ways to educate ourselves as players and as a group, and we will continue to find ways of bettering our sport and ways to action that, this summer and beyond. That's very much how I feel and how the group feels," he added.
The first Test between England and New Zealand had ended in a draw and both the teams will now lock horns in the second Test, beginning Thursday at Edgbaston. (ANI)