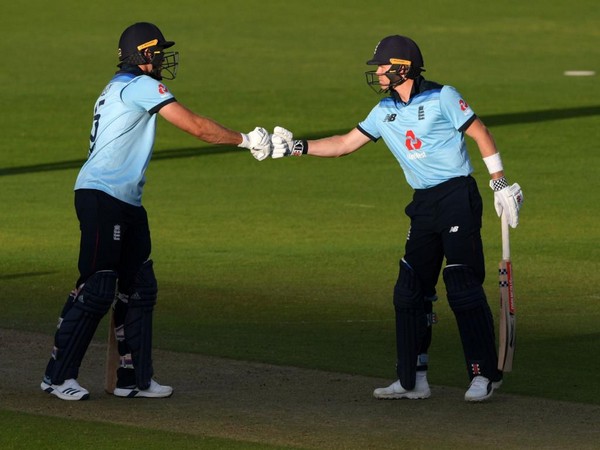 England now enjoys a 2-0 lead in the series as they had won the first ODI by six wickets.
Chasing a target of 213 runs, England witnessed a poor start as Jason Roy gave away his wicket on the third ball of the innings.
James Vince then joined opener Jonny Bairstow on the field. Both played a fast-paced inning, smashing regular boundaries and sixes.
Vince and Bairstow formed a 71-run partnership before the former was bowled by Curtis Campher in the ninth over. Vince's dismissal brought Tom Banton out on the field.
However, their partnership did not last for too long as Campher struck again, taking the wicket of Banton (15). Whereas, after completing his half-century, Bairstow started playing furiously.
Bairstow scored 82 runs off just 41 deliveries before Joshua Little handed Ireland the much-needed breakthrough of the wicketkeeper-batsman. In his next over, Little clinched two wickets, Eoin Morgan and Moeen Ali, which reduced England to 137/6.
Sam Billings and David Willey then took the charge of the chase and played cautiously to take their side over the line in the 33rd over.
Earlier, after opting to bat first, openers Gareth Delany and Paul Stirling failed to give a good start to their side as both were dismissed early in the innings. David Willey claimed the wickets of both openers.
Andy Balbirnie also failed to leave a mark as he was caught behind off James Vince's delivery after scoring 15 runs. The visitors kept on losing wickets and were reduced to 91/6 by England by the end of 28th over.
However, Campher and Simi Singh came to the rescue for Ireland and took the side over the 150-run mark. The duo formed a 60-run partnership before Saqib Mahmood got hold of Singh (25).
Andy McBrine then came out to bat and played brilliantly along with Campher. Both added 56 runs on the scoreboard, with Campher completing his half-century.
Campher played a knock of 68 runs before he was sent back to the pavilion by Mahmood in the 49th over. On the last bowl of the innings, McBrine too was dismissed after scoring 24 runs.
The third ODI between England and Ireland will be played on August 4. (ANI)