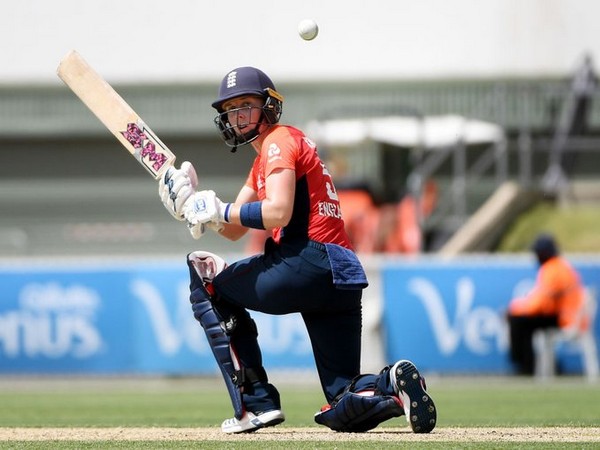 England chased down nine runs in the Super Over to win the match. Australia scored eight runs in the Super Over bowled by spinner Sophie Ecclestone.
This was the third T20I match across men and women this week that went into the Super Over.
Chasing 157, Australia were able to score 156/8 in their allotted 20 overs. Hence, the match ended as tied and Super Over came in play to decide the winner.
The hosts lost Alyssa Healy (9) in the second over at the score of 17/1. Beth Mooney and Ashleigh Gardner added 46-run for the second wicket. The latter was scalped by Natalie Sciver in the ninth over after scoring 16 runs. Skipper Meg Lanning (1) failed to score big runs and was clinched by Ecclestone in the 10th over.
Ellyse Perry joined Mooney in the middle and the duo stitched a partnership of 34 runs. The former was plumbed in front of the wickets by Sarah Glenn. Rachael Haynes was too dismissed by Glenn in the same over for a duck.
Mooney was dismissed by Sciver in the 17th over after scoring 65 runs including nine fours and a six. Jess Jonassen (2) and Georgia Wareham (6) were departed by Sciver cheaply.

Annabel Sutherland and Delissa Kimmince remained unbeaten for 22 and 15 runs respectively. Sciver and Glenn both claimed three wickets each.
Earlier, Australia won the toss and asked England to bat first. England lost three early wickets. Danni Wyatt (17), Amy Jones (10), and Natalie Sciver (4) failed to leave their impression on the scoreboard and were sent back to the pavilion under nine overs, reducing them to 39/3 in 8.5 overs.
Skipper Heather Knight and Fran Wilson constructed the much-needed partnership of 115-run for the fourth wicket. Meanwhile, Knight completed her third shortest format half-century. Interestingly, each of her three T20I fifties has come at the same venue, including one in the previous game against India.
Knight smashed 78 runs off 45 balls studded with eight fours and three sixes. She was picked by Megan Schutt in the penultimate ball of England's inning.
On the other hand, Wilson played an unbeaten knock of 39 runs in 28 balls to post a total of 156/4 in 20 overs. Ellyse Perry, Schutt, and Georgia Wareham bagged one wicket each.
Australia will now play against India at Canberra on February 2. (ANI)