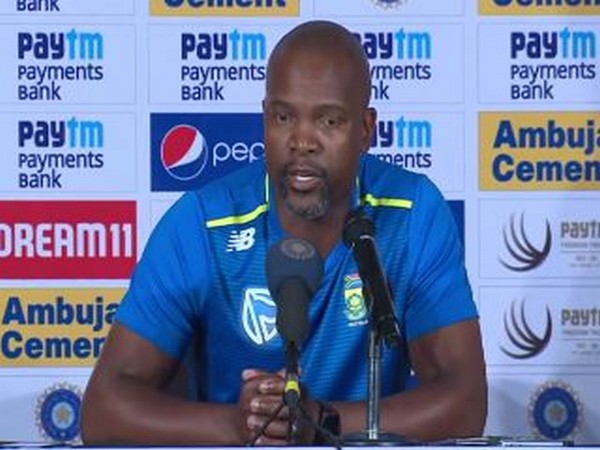 Kohli played an unbeaten knock of 254 runs, his highest individual score in the longest format of the game, on the second day of the second Test match at the Maharashtra Cricket Association Stadium in Pune.
"I mean he is a world-class player. Credit to India today, in terms of how they went about their business. It was a very crucial partnership between (Ajinkya) Rahane and Kohli. Obviously, he led by example and it was a great knock from him. It was superb to watch," Nkwe said in the post-match press conference.
Kohli now has the most number of 200 plus scores, 7, for an Indian batsman. With this innings, the batsman has also gone past the 7000-run mark in Test cricket.
Kohli formed a 178 and 225 runs partnership with Rahane and Ravindra Jadeja respectively. Nkwe said it is the learning which his team needs to take forward into the second innings.
"When you are bowling to the world-class line-up, that's what happens and we take good learnings from that. Very important learning that we need to take forward into the second innings," he said.
Nkwe also admitted that they have an inexperienced bowling line up as he said: "Yes, it is a bit of inexperienced bowling attack we have, we knew that. One thing I will never question is the character of our team and the boys gave their all."
Despite India overpowering the visitors at the moment, Nkwe said nothing changed in terms of their intent and will not back down.
"Nothing really changes in terms of the intent. We just got to keep having a positive mind to score runs. We proved this in the first innings of the first Test. We are not going to back down. It is going to be important that we build a very strong partnership. Obviously, the two batters will have to set them up and it is important that they become a lot more ruthless," Nkwe said. (ANI)