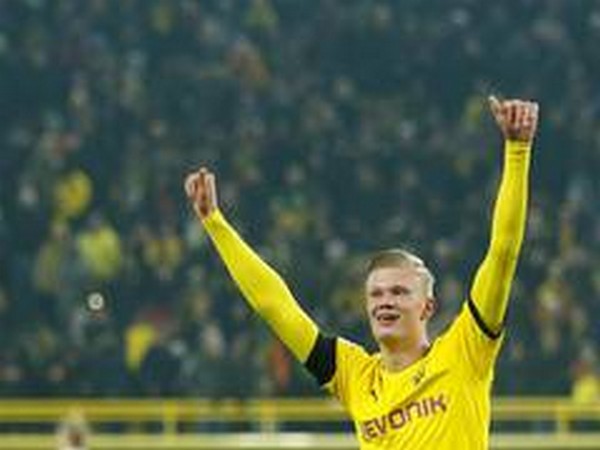 Haaland scored the opening goal of the match against Schalke. He needed only 541 minutes on the pitch to score his first 10 Bundesliga goals.
Only one player in history has reached double figures more quickly and that is Paco Alcacer (281 minutes).
Bundesliga returned to action on Saturday after a long hiatus caused by the coronavirus pandemic. During the league's return, Borussia Dortmund thrashed Schalke by 4-0.
After Haaland's goal, Raphael Guerreiro scored a brace while the last goal of the match was registered by Thorgan Hazard. Borussia Dortmund kept clean sheets in four consecutive Bundesliga home games for the first time in more than 10 years.
Also, the club recorded their biggest derby victory since November 26, 1966, when Schalke 04 were beaten by a 6-2 scoreline. The only win by a higher margin also came in 1966 (February 26), with BVB winning 7-0.
Many significant changes were witnessed during the Bundesliga's return. There were no customary handshakes before the start of the match as both teams came out to the playing field from different sides of the ground.
To maintain the social distancing norms, substitutes were sitting at 1.5m distance from each other with their masks on.
During the goal celebration, players did not come close to each other and they obeyed the Germany government's order of following physical distancing. (ANI)