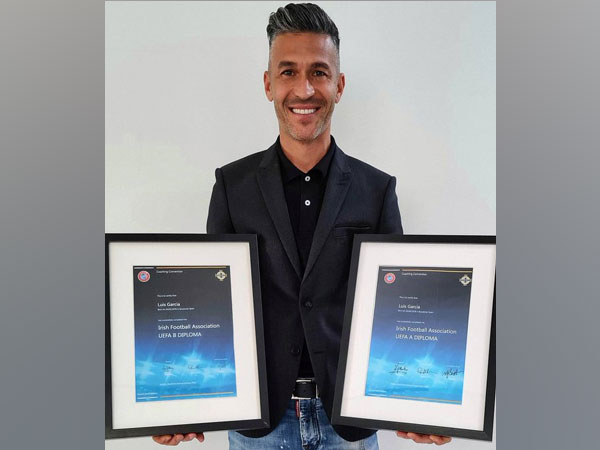 New Delhi [India], June 11 (ANI): Former Spain winger Luis Garcia feels the team will have a good chance to spring a surprise in the upcoming European Championships. Spain is placed alongside Sweden, Poland, and Slovakia in Group E and the side will lock horns against Sweden in their first match of the tournament.


The build-up to Spain's tournament has not been great as captain Sergio Busquets has already been ruled out of the first game against Sweden due to a positive Covid-19 result and some of the other players are also isolating.

However, on Thursday, defender Diego Llorente returned a negative test and now he needs to return two more negative results to be able to join the squad.

"Yeah, it is going to be tough. We have to wait until we see the latest news. Two players tested positive for Covid-19, we need to see the next couple of days. We have players from the U-21 squad that we can bring into the national squad and I am not afraid of that. I can tell you that they are ready to play, they are going to be hungry to play in Euros with the senior side. They have enough experience, most of them to try the fill the gaps of the players who will miss out," said Garcia while replying to an ANI query during a virtual press conference.

"If we pull out more players, but it is going to be difficult to have a good tournament, still I am saying, this is a long tournament, you can have ups and downs, but if you can maintain 14-15 good players and you can maintain rotation among them, then it would be good. Hopefully, there are not many injuries," added Garcia who will be a panelist on Sony Ten 2 studio show Football Extraaa for the upcoming UEFA Euro 2020.

Spain, once the major powerhouse of European football, has not been able to make the quarterfinals of their last three major tournaments, however, Garcia feels this can change this time around under manager Luis Enrique.

"To be honest, it is difficult to say that we will not reach the quarterfinals. I think the team is good enough to reach there. I want to see how Spain arrives, we have been talking about this Covid-19 situation has been affecting the teams. We have to wait and see if there are more players dropping from the Spain squad and we have to see who is replacing them. I am positive about Spain going through the group stages and after that, it is about being together, rotation through the group, and a little bit of luck," said Garcia while replying to another ANI query.

"You need that focus, you have to be ready to perform at these stages, you have to give everything if you want to reach the finals. Hopefully, I can see Spain going through to the latter stages of the tournament," he added.

Defender Sergio Ramos was left out of Spain's squad for Euro 2020 and it has been one of the highly debated topics in the football world. However, Garcia believes that it was the right decision.

"Ramos' ability to control the game from the back and his threat in set-pieces will be missed, but it is true that he had not played enough this year due to injuries. Villarreal's Pau Torres, on the other hand, had a fantastic season and it's a moment of transition that Luis Enrique understood. Torres and Ayermic Laporte have played together in the junior levels and they have shown enough potential to adapt to situations," said Garcia. (ANI)