Extremely shocked and saddened to learn of the untimely demise of Avi Barot: Jay Shah 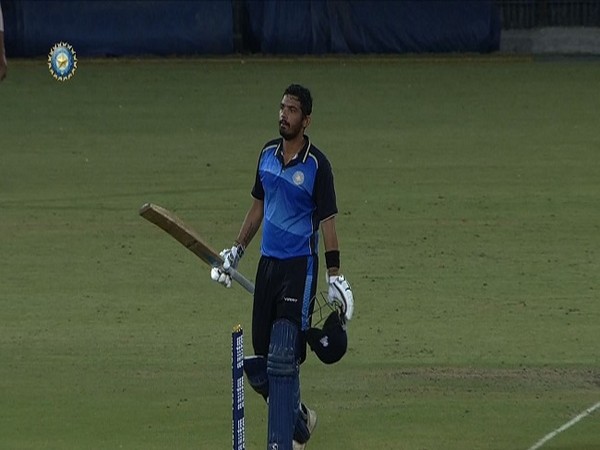 New Delhi [India], October 16 (ANI): The Board of Control for Cricket in India (BCCI) Secretary Jay Shah condoled the demise of former India U-19 captain Avi Barot. The cricketer suffered a cardiac arrest on Friday at the age of 29.

Jay Shah took to Twitter and wrote: "Extremely shocked and saddened to learn of the untimely demise of Avi Barot. A bright young cricketer, who represented India U19, Saurashtra and Haryana has left us all too early. Condolences to his family and friends in this hour of grief."
Former India all-rounder Yuvraj Singh and opener Wasim Jaffer also condoled the demise of the young cricketer.
"Really shocked to hear of the young Avi Barot passing away. Life can be unpredictable and unfair! I pray for the strength of his family and loved ones to deal with this irreplaceable loss. Om Shanti," tweeted Yuvraj Singh.
"Deeply saddened to know that Avi Barot is no more. A cardiac arrest at the age of 29..devastating. My thoughts and prayers go out to his family and friends. I hope they find the strength to cope with this irreparable loss," tweeted the former Indian cricketer Wasim Jaffer.
Avi had played 38 first-class matches, 38 List A matches and 20 Domestic T20. He was a wicket-keeper batter from Saurashtra. The right-handed batter had played 21 Ranji Trophy matches, 17 List A matches and 11 domestic T20 matches.
Avi Barot was a part of the Saurashtra team which had lifted the Ranji Trophy 2019-20 title following a hard-fought final against Bengal at the Saurashtra Cricket Association Stadium in March last year. (ANI)