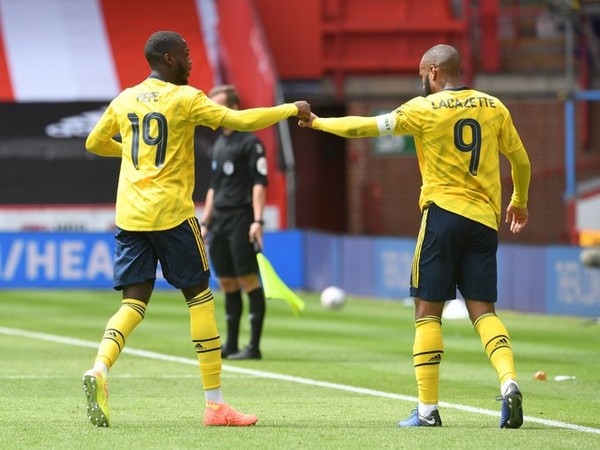 The victory propelled Arsenal into the semi-finals of the FA Cup.
Nicolas Pepe scored the opening goal of the match in the 25th minute after Mikel Arteta-led side was awarded a penalty. Arsenal finished the first half on the front foot, but the hosts piled on the pressure after the break.
In the second half, David McGoldrick netted an equalizer. As the match was inching closer to its conclusion, Dani Ceballos struck a stunning goal to put Arsenal ahead and handed his side a victory.
David Luiz was back in the side after his two-match suspension while Mesut Ozil was ruled out with a slight back injury.
Arsenal will now return to action on July 1 when they take on Norwich City in the Premier League. The Arteta's side is currently on the ninth spot in the English Premier League with 43 points. (ANI)