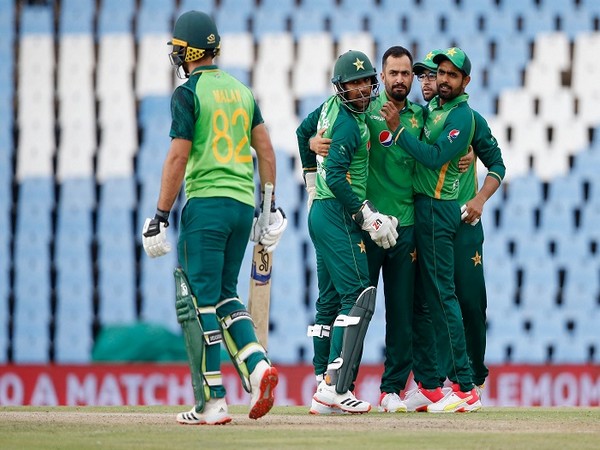 The two teams will now lock horns in a four-match T20I series, starting Saturday.
Babar and Hasan Ali gave Pakistan a firing finish after Fakhar's ton as the visitors posted 320/7 in the allotted 50 overs. In response, South Africa was folded for 292 in the last over.
Chasing 321, the Proteas got off to a decent start with the openers putting up a 54-run stand for the first wicket. Shaheen Afridi gave Pakistan the first breakthrough as he dismissed Markram in the ninth over.
The hosts kept losing wickets at regular intervals and never really looked comfortable in the chase. They were 140/5 in the 28th over but Kyle Verreynne and Andile Phehlukwayo both smashed fifties to revive their hopes of chasing the target. However, South Africa lost both their set batsmen in back-to-back overs and was eventually bundled out for 292.
Earlier asked to bat first, Pakistan got off to a solid start as openers Imam-ul-Haq and Fakhar stitched a 112-run partnership. Keshav Maharaj dismissed Imam in the 22nd over but the visitors continued scoring runs at a good rate.
After 30 overs, Pakistan was 164/1, looking to set up a big total on the back of Fakhar's back-to-back tons. However, the opening batsman gave away his wicket against the run of play in the 36th over.
His wicket triggered a mini-collapse as Pakistan lost four wickets for 43 runs. Mohammad Rizwan, Sarfaraz Ahmed, Faheem Ashraf, and Mohammad Nawaz all went cheaply.
But Hasan Ali and Babar took on the South African bowlers in the death overs as Hasan whacked four glorious sixes while Babar smashed seven fours to steer Pakistan to 320/7.
Brief scores: Pakistan 320/7 (Fakhar Zaman 101, Babar Azam 94; Keshav Maharaj 3-45), South Africa 292/10 (Janneman Malan 70, Kyle Verreynne 62; Mohammad Nawaz 3-24) (ANI)