Fans came to watch Kohli face Anderson, almost feels like they have been robbed, says Root 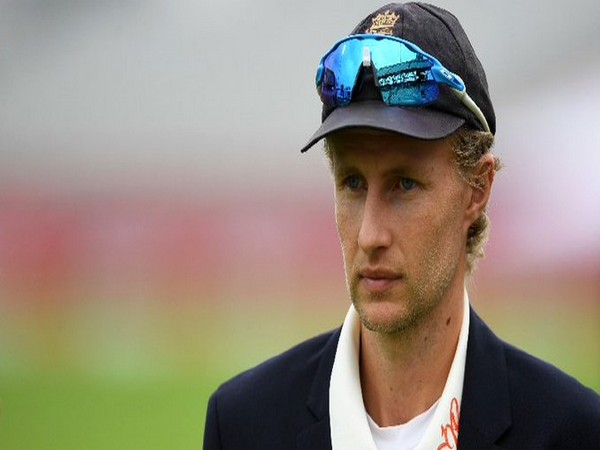 Ahmedabad (Gujarat) [India], February 25 (ANI): England skipper Joe Root said he feels like the spectators have almost been "robbed" as they came to watch Virat Kohli face the likes of James Anderson and Stuart Broad but watched him taking wickets instead.

During the third Test between India and England, spinners dominated the whole game. England's experienced duo Anderson and Broad failed to scalp even a single wicket in the match while Root managed to pick five wickets in the first innings.
Riding on brilliant spells of spin bowling from Axar Patel and Ravichandran Ashwin, India registered a comprehensive 10-wicket win over England in the pink-ball Test to go 2-1 up in the four-match series.
"Let's not hide away from the fact that we have been outplayed and we have to accept that. It is a real shame because it is a fantastic stadium and 60,000 people came to watch the brilliant, iconic Test match. I feel for them, they came to watch Virat Kohli face Jimmy Anderson and Stuart Broad or Jack Leach, and watch Ashwin against our top guys like Ben Stokes," Root said in the post-match press conference.
"And it almost feels like they have been robbed, they instead got to see me getting wickets which should not be the case. The fact of the matter is that it was challenging for both teams and as players, all we can do is play with what is in front of you. Credit to India, they outplayed us on that wicket," he added.
Commenting on the pitch, Root said it is not for players to decide whether it is fit for purpose or not and it is something that International Cricket Council (ICC) has to decide.
"I think that this surface, it's a very challenging one, is a very difficult one to play on. It is not for players to decide whether it is fit for purpose or not and that is upto the ICC. As players we are going to try and counter what is in front of us as best as we can," he said.
Chasing 49 for a win, India raced home with 10 wickets in the bag as Rohit Sharma (25) and Shubman Gill (15) looked in a hurry to finish proceedings. Rohit finished it off in style by sending Root into the mid-wicket stands. The win has taken India one step closer to the final of the World Test Championship.
But the star of the show was hometown boy Axar as he finished with 11 wickets in the game (six in the first innings and five in the second). Senior partner Ashwin wasn't to be left too far behind as he picked four wickets to finish with 7 in the game.
With this defeat, England is out of the race for a place in the final of the ICC World Test Championship. England, who are now 2-1 down in the four-match series, needed to win the four-match series 3-1 to play the final against New Zealand. England has dropped to 64.1 percentage points on the points table, which is now led by India with 71 percentage points.
New Zealand is assured of a place in the final with 70 percentage points. India need to either win or draw the last Test to stay ahead of Australia, who is in third place with 69.2 percentage points. (ANI)