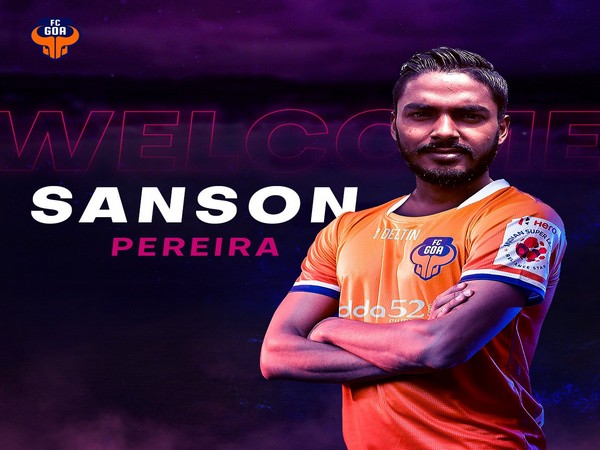 Sanson played a crucial role in Goa Pro League for Salgaocar FC last season and was lost for words after completing his "dream move" to the Gaurs.
"I am really excited. I am an FC Goa fan and it was always my dream to put on the colours, words cannot describe how it feels to me. It is every Goan boy's dream to play for FC Goa and now it is a reality. I love their way of playing. I feel that it suits me really well. I want to keep giving my all and become a regular in the team. I want to win everything with FC Goa," the 22-year-old defender said in a statement.
A native of Nuvem, Sanson began his football career by joining Salgaocar's U-14 side after impressing in a trial at school. With Salgaocar, Sanson won the Goa Football Association U-14 league once and the Goa Football Association U-18 league twice.
He helped the club clinch the 2016-17 Goa Professional League title in what was his debut season with the senior team. The full-back enjoyed more success the following season as Salgaocar won the Goa Sevens, while also lifting the Assam Gold Cup in their 2018-19 campaign.
On Sanson's arrival, Ravi Puskur, FC Goa's Director of Football said, "Sanson was a player we had our eye on for the best part of the year. His consistent performances with Salgaocar left us with no doubt that he was a player that could do well at a higher level. He is a player with an ability to endlessly run up and down the wing and is a composed presence on the ball."
"I am confident Sanson will adapt well to our style of football and will make a real push to make the left-back position his own. The club places great importance on nurturing talent across the state. This is part of the club's larger sustainable vision to develop football in Goa and give them the opportunity to play at the biggest stage," he added.
Sanson follows Redeem Tlang in joining the Gaurs as they look ahead to life under their new Spanish head coach Juan Ferrando. (ANI)