Feel like we are within touching distance of the dream we have harboured, say Rani and Manpreet 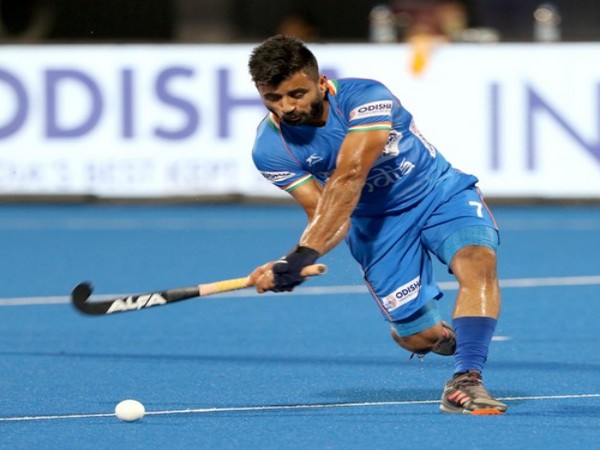 Tokyo [Japan], July 20 (ANI): India men's and women's hockey skippers, Manpreet Singh and Rani Rampal have written an open letter to the fans ahead of the Tokyo Olympics and the duo said that they feel like they are "in touching distance of the dream that they have harboured for the last five years".

Manpreet and boys will launch their campaign and the quest for an Olympic medal on July 24 when they lock horns with New Zealand in Pool A match. Much like the Indian men's team, the women's team too took the news of the Olympic postponement to their advantage and vowed to use the additional year to improve in all aspects of the game and become a stronger contender for a medal in Tokyo.
"We are elated to share with all of you that the women's and men's Indian national hockey teams have safely arrived in Tokyo for the Olympic Games. This is an emotional moment for the whole group because there have been many obstacles along the way to get here. There were times when it appeared that the whole competition may be in doubt due to the circumstances in the world," Manpreet and Rani stated in their open letter, as released by Hockey India.
"Now that we are here, we feel like we are within touching distance of the dream that we have harboured for the last five years," they added.
Further in their letter, the duo stated: "In hockey, just like an individual is incomplete without the support of their team, a team is similarly incomplete without the support of the backroom staff that has prepared the team. We would like to thank the coaching staff and the support staff that has enabled us to get here. Our performances on the pitch are owed to these dedicated members working tirelessly behind the scenes to ensure that we become the best that we can be."
Both Rani and Manpreet also said that living in bio-bubbles has brought the side closer and they will use it to their advantage at the upcoming Games. (ANI)