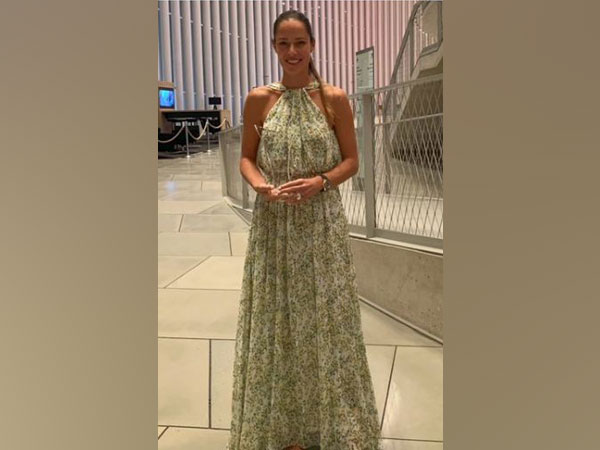 Inaugurated in 2017, the tribute goes to a player who shows special affinity for and commitment to the WTA 250 event, which has been held annually since 1996. Monica Niculescu, the 2016 champion, was first to be recognized, and in 2018, the award was renamed in honor of the late Czech champion Jana Novotna and presented to home favorite Mandy Minella.
Ivanovic, the recipient for 2020, won her fifth career title at Luxembourg in 2007, recovering a 6-3 3-0 deficit against Daniela Hantuchova in the final. For her part, 2021 honoree Goerges won her sixth title here in 2018, the year she made her Top 10 debut, defeating Belinda Bencic for the trophy.
Ivanovic and Goerges were presented with their awards in the presence of the Prime Minister of Luxembourg, Xavier Bettel and Luxembourg City Mayor Lydie Polfer. The gala event at the Philharmonie was also attended by His Royal Highness Prince Guillaume of Luxembourg, an avid sports fan.
"As an athlete, it means a lot to me to be awarded with such a prize," Ivanovic said. "It shows that I did the right thing, by always fighting for my goals," Ivanovic was quoted as saying by wtatennis.com.
Another special guest on the night was former World No 4 Anke Huber, who won the first edition of the tournament in 1996. Others who've captured the indoor title since include Mary Pierce, Kim Clijsters, Jennifer Capriati, Elena Dementieva, Victoria Azarenka, Venus Williams and Caroline Wozniacki.
Huber, the Porsche Tennis Grand Prix's operating tournament director, knows what it takes to stage an event that stands the test of time.
"It's a fantastic accomplishment to put up a tournament like this for 25 years," said Huber, who introduced Ivanovic. "It takes a lot of work but it's nice that although the event has moved with the times, it has also stayed very familiar - it's great to come back and see many of the same faces. It makes a special atmosphere that the players appreciate."
Huber, who spent several years in the Top 10 alongside Novotna, added: "For those of us who were on tour with Jana, it is wonderful to see that she is remembered for being a great person as well as a great player. I'm honored to give this prize in her memory."
Novotna rose to World No 2 in singles and No 1 in doubles and was crowned Wimbledon champion in 1998. She died in November 2017, at the age of 49, following a battle with cancer.
"Jana was a personal friend of ours and also she was in fact the reason why we recreated the tournament," tournament director Danielle Maas said.
"I met her as a journalist and asked her: 'Do you know Luxembourg?' She said she didn't, but if there was a tournament, she would come. To begin with, we worked with Octagon for five years on an exhibition, where Jana was the first winner in 1991 and 1992. Later, when she was working with Octagon, she came almost every year.
"She liked the small and close atmosphere and that she felt a part of the team. The last time Jana came here she was coaching Barbora Krejcikova. She wore many hats, and we miss her." (ANI)