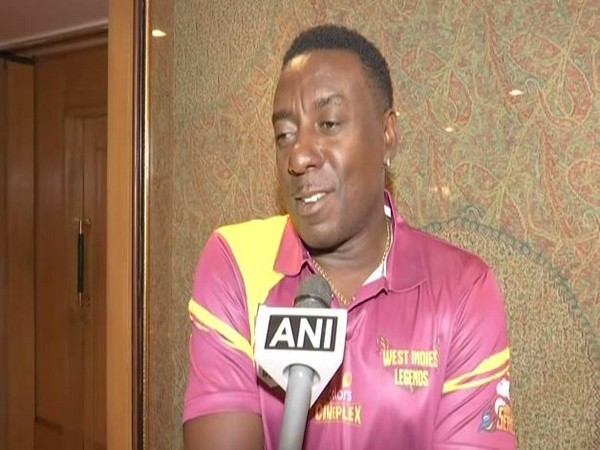 Mumbai (Maharashtra) [India], Mar 4 (ANI): Former West Indies players are looking forward to the upcoming Road Safety World Series which they say is going to be a "good tournament".

"It is fun while you want to play cricket and win... It is going to be a good tournament," Adam Sanford told ANI.
In the opening match of the Road Safety World Series, India Legends will play against West Indies Legends on March 7.
Pedro Collins praised both Brian Lara and Sachin Tendulkar saying that both the batsmen are 'legends of the game'.
"It will be good to be on the field in front of a big crowd. I am looking to entertain and win games... Both of them are great batsmen and can win any game at any time. They are two legends of the game," Collins said.
Road Safety World Series, a five-nation T20 cricket tournament, will showcase some of the biggest names in cricket from India, Australia, Sri Lanka, West Indies, and South Africa.
Players who will feature in this series include Tendulkar, Lara, Virender Sehwag, Yuvraj Singh, Zaheer Khan, Shivnarine Chanderpaul, Brett Lee, Brad Hodge, Jonty Rhodes, Muttiah Muralitharan, Tillakaratne Dilshan, Ajantha Mendis and many more. Former India captain Sunil Gavaskar is the Commissioner of the Series.
The main aim of the Series is to create awareness about road safety and change people's mindset towards their behaviour on the roads
Despite showing competitive spirit, Daren Ganga admitted that they have a bigger goal to achieve through this Road Safety World Series.
"We play India in the very first game. So, we want to have an impact in the tournament. We are playing in conditions that we are very familiar with. Majority of players in this West Indies Legends had their chance of playing in India. So we know what the conditions are going to offer for us," Ganga said.
"But in the real sense, it is not a highly competitive series, we have a bigger goal that we are trying to achieve which is creating awareness about road safety," he added. (ANI)