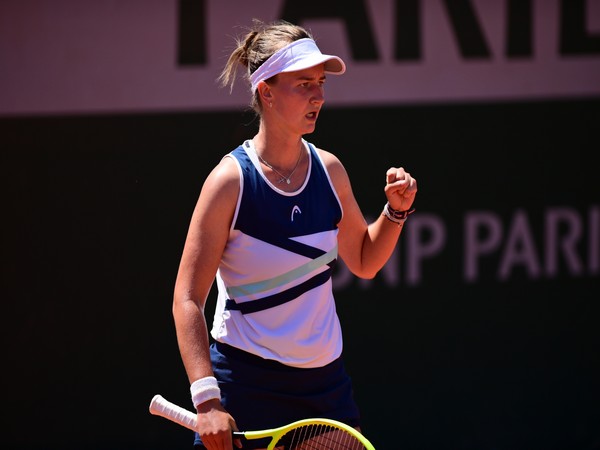 The 25-year-old Krejcikova defeated Greece's Maria Sakkari 7-5, 4-6, 9-7 to gain a hard-fought victory in the semi-final match here at Court Philippe-Chatrier.
Now, Krejcikova will lock horns against Russia's Anastasia Pavlyuchenkova in the women's finals of the French Open.
The first set between Krejcikova and Sakkari saw back and forth action and at one stage, it stood level at 5-5. In the end, Krejcikova managed to hold her nerve and she took the first set 7-5.
Greece's Sakkari staged a comeback in the second set and she managed to win it 6-4, and as a result, the match progressed into the third and deciding set.
The third set saw back and forth action between both the opponents and at one stage, it was level at 7-7. However, going for the kill, Krejcikova raised her game and she progressed to the finals of the tournament.
Earlier on Thursday, 29-year-old Anastasia Pavlyuchenkova stormed into the finals of the ongoing French Open.
Russia's Anastasia Pavlyuchenkova defeated Slovenia's Tamara Zidansek 7-5, 6-3 in the semi-finals of the ongoing Grand Slam here at the Court Philippe-Chatrier.
On Friday, Novak Djokovic and Rafael Nadal will lock horns in the men's semi-final while Alexander Zverev and Stefanos Tsitsipas will square off in the other semi-final. (ANI)