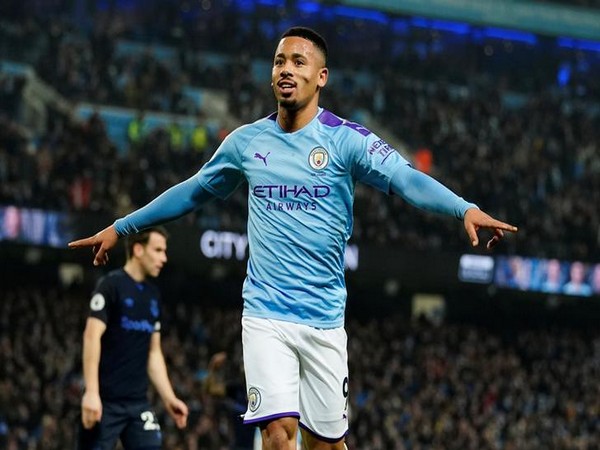 Leeds [UK], Jan 27 (ANI): Manchester City's Gabriel Jesus is aiming to improve on his penalty-taking abilities and said that it builds pressure when you miss penalties.

"In the training sessions I take them and I score more than I miss. If I take five I miss one and sometimes I don't miss. In games it's been different. I've taken three this season - two here and one with the national team Brazil - and I missed all three," Goal.com quoted Jesus as saying.
"When you miss three in a row you go to the next one under pressure to score. So that's the challenge. I have in my mind that I have to train more and improve more of course," he added.
Jesus missed a penalty on January 22 against Sheffield United. Despite the miss, the club managed to secure a 1-0 win in the match.
During the clash against Fulham on Sunday in FA Cup, Ilkay Gundogan took over the duty to take the penalty and successfully converted it.
However, Jesus still managed to score twice in the match as Manchester City thrashed Fulham by 4-0. (ANI)