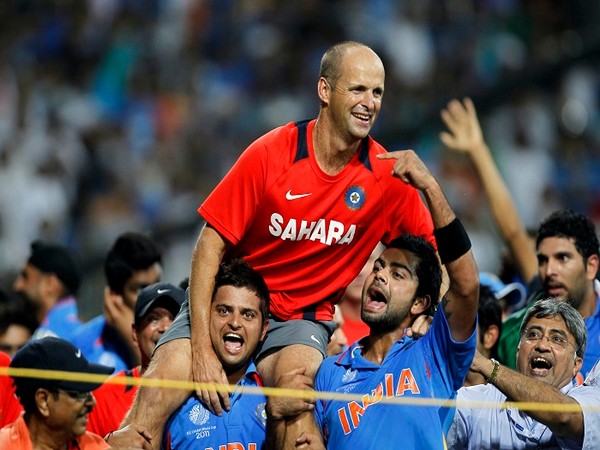 The World Cup-winning Indian squad showered heartfelt birthday wishes to the ex-South Africa opener to make him feel special. The 2011 World Cup was memorable for former all-rounder Yuvraj Singh as he was named the Player of the Tournament. In the World Cup, Yuvraj scored 362 runs and took 15 wickets.
Yuvraj recalled Kirsten's contribution to Indian cricket and penned an emotional post saying that the coach knew how to build a rock-solid team.
"Wishing a very Happy Birthday to @Gary_Kirsten the best coach we played under! Someone who knew how to build a rock-solid team and bring out the best from each player on the park. Hope you're doing good and staying safe. Have a great year ahead!," Yuvraj tweeted.
Harbhajan Singh, who scalped nine wickets in the showpiece event, termed Kirsten as the 'best coach'.
"Happy birthday legend,Best coach,mentor, big brother @Gary_Kirsten have a great year and life full of happiness.. love always," Harbhajan tweeted.
Former Indian cricketer Suresh Raina too came forward to wish the 'best mentor' a 'happy birthday'.
"To the best coach & a mentor, wishing you a very happy birthday @Gary_Kirsten. May you keep shining & keep inspiring us forever. Have an amazing day & years ahead," Raina tweeted.
During Kirsten's stint as a coach, the Indian side became the number one team in the longest format of the game.
The left-handed batsman amassed 7289 and 6798 runs in the Tests and ODIs respectively. He played 101 games in the longest format while in ODIs, Kirsten represented South Africa 185 times. (ANI)