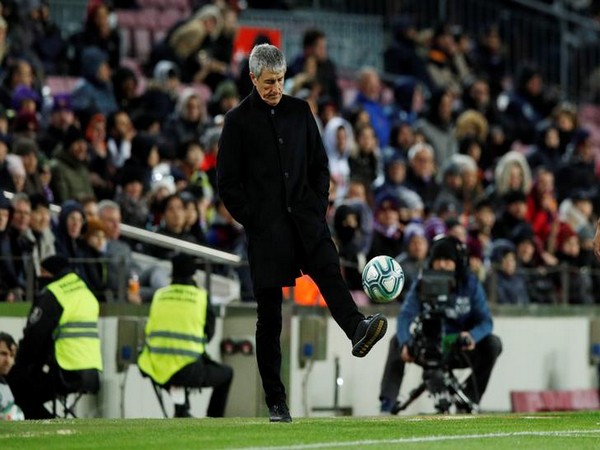 Leeds: Barcelona manager Quique Setien analysed the club's defeat against Valencia saying that they gave away many aimless passes and did not interpret the instructions well.

"They still do not interpret [instructions] well or maybe we do not explain them well. Nobody likes what we have seen today," Goal.com quoted Setien as saying.

"Valencia compromised us, they closed us down well. Positionally, there are things that we have to correct. We have given away many aimless passes. We do not work to do this," he added.

It was Barcelona's first defeat since Setien replaced Ernesto Valverde as club's manager on January 14.

The match witnessed a goalless first half but Valencia dominated the second half and scored two goals to register a win over Barcelona on Saturday in La Liga.

"In the first half, we did not play well at all. The best thing was that we went into half-time at 0-0. In the second half, the team improved somewhat and we were able to get into the game, but this is not enough for us," Setien said.

The manager asserted that there was no attitude problem and the players were committed.

"It was not a problem of attitude. I have seen how committed they are. We were not well positioned, we have not understood some things, while Valencia have raised the game. It has cost us," he said.