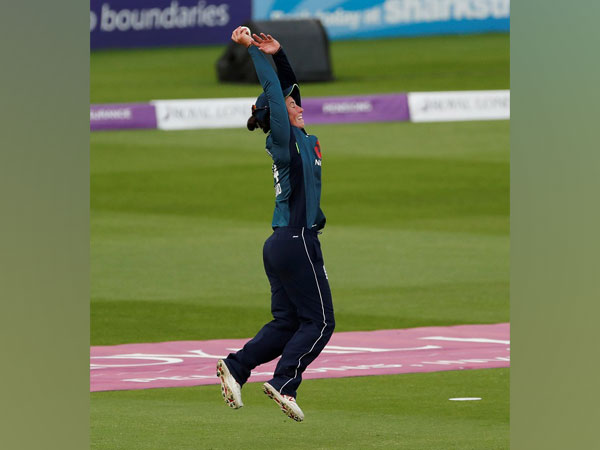 London [UK], September 16 (ANI): Georgia Elwiss has been ruled out of England women's T20Is against West Indies due to back injury, with Katie George and Sophia Dunkley added to the 16 member squad for the upcoming series.

The West Indies Women will play five T20I against England Women from September 21-30, at the Incora County Ground, Derby. The series will be played behind closed doors in a bio-secure environment.
England Women Head Coach Lisa Keightley in an official statement said: "It's been a challenging summer for everyone and we are privileged to be in a position to play an international series and to get the chance to showcase the women's game."
"We have worked hard since the group came back together in preparation for this series and we're in a great place going into the Vitality IT20s against West Indies," she added.
All-rounder Bryony Smith and Northern Diamonds spinner Linsey Smith are both on standby.
England squad: Tammy Beaumont, Katherine Brunt, Kate Cross, Freya Davies, Sophia Dunkley, Sophie Ecclestone, Katie George, Sarah Glenn, Heather Knight (captain), Amy Jones, Nat Sciver, Anya Shrubsole, Mady Villiers, Fran Wilson, Lauren Winfield, Danni Wyatt.
The first match of the series will be played on September 21, while the final match will be held on September 30. (ANI)