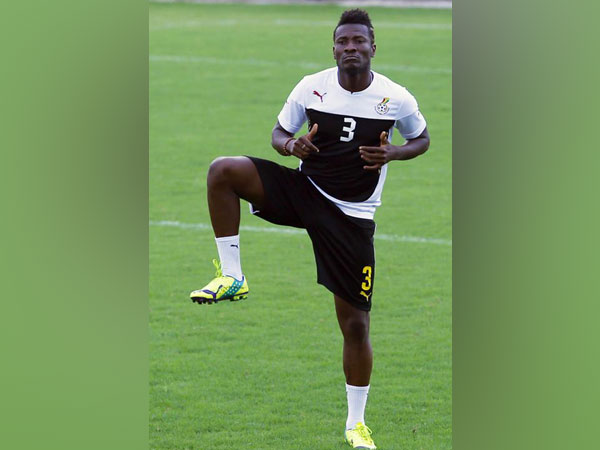 The 33-year-old has played at some of the grand stages of world football, scoring 136 goals in 331 appearances.
For his national team, Gyan has played in four editions of the FIFA World Cup and is their leading goal scorer in the tournament's history with six strikes to his name. The forward has played an equally important role on the continental stage, scoring eight goals in 31 appearances and winning two Africa Cup of Nations' runners-up medals.
Born in Accra, Ghana, he made his senior professional debut for the Italian outfit, Udinese more than a decade and a half ago. The following two seasons, Gyan moved to Serie B - the second division of Italy, and played more than 50 matches for Modena, scoring 15 goals for them.
His reputation during this period skyrocketed and prompted Udinese to bring him back ahead of the 2006-07 season. In his two-year stay with them, Gyan delivered more than 10 goals in 40 games.
A move to the French Ligue 1 followed thereafter as he was signed by Stade Rennais. In 53 matches for the club over a period of two years, Gyan scored 14 times and assisted a further five. He later moved to the then Premier League outfit, Sunderland and played a total of 34 Premier League matches. He scored 10 times during this period, scoring goals against giants like Tottenham Hotspur and Chelsea.
In the next years, Gyan played for the likes of Al-Ain FC, Shangai SIPG, Al-Ahli Dubai Club and Kayserispor. For the Abu Dhabi-based, Al-Ain, Gyan scored a staggering 60 goals in just 66 appearances, while also had seven assists to his name.
Internationally, the forward has played more than 100 times for Ghana and has scored 51 times. The trickery, pace, and experience that he brings with him already make the Highlanders as one of the favourites for the coming ISL season.
Upon putting pen-to-paper on the deal, a delighted Gyan said, "I am extremely excited to start this new chapter in my career. I have heard great things about NorthEast United FC and the Indian Super League and I am thrilled to be a part of it for the upcoming season. I am confident that we can better the wonderful season the club had last year."
NorthEast United's Executive Director, Priya Runchal was equally pleased with the transfer and hoped that Gyan's experience would help the Highlanders achieve great things in the coming season.
She said, "We are thrilled to have a player of Gyan's caliber and experience join our squad. He has continuously delivered excellence at the highest of levels of world football and we are confident that he will add a lot of firepower on the pitch here." (ANI)