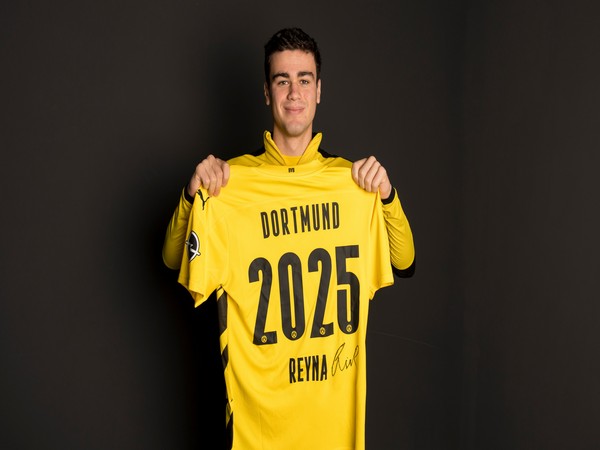 Dortmund [Germany], November 21 (ANI): American midfielder Gio Reyna has signed a new long-term contract with Borussia Dortmund that will keep him with the Bundesliga giants through to the summer of 2025.

Reyna, who moved from New York City FC to Germany in the 2019/2020 season and finished his youth career with the BVB U19s, has been in the first-team squad since January and has made 22 Bundesliga appearances (2 goals, 5 assists) and has featured in 5 UEFA Champions League games (1 assist) and 2 DFB Cup matches (2 goals). He became the first 17-year-old to record three assists in a Bundesliga match (in the 4-0 home win against Freiburg) since records began in 1992.
A few days ago, the versatile youngster, who can play anywhere across the front three, made his debut for the United States of America and scored his first goal in his second game in the USA jersey.
"BVB are a big club that can challenge for titles and are in all the important competitions. Young players in particular have the chance to develop here. I have already learned a lot in Dortmund and I want to learn a lot more in the future. I look forward to being with BVB in the long term," Reyna said in a statement.
Sporting Director, Michael Zorc, said, "Gio's development in recent months has been incredible. He will definitely be an important part of Borussia Dortmund's sporting future. I am personally very pleased that he has decided to extend his contract with BVB in the long term with complete conviction." (ANI)