Great feeling to finish match with a six: Shreyas Iyer 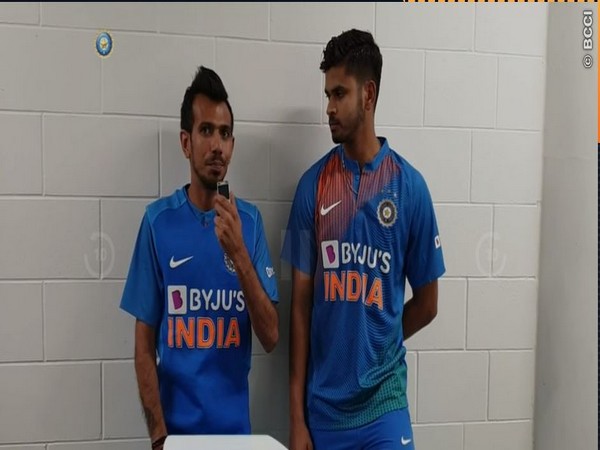 Auckland [New Zealand], Jan 24 (ANI): After playing an unbeaten knock of 58 runs against New Zealand in the first T20I of the five-match series, Shreyas Iyer on Friday said that it is a great feeling to make the team win and it is "even greater when you finish the match with a six."

During the chase of 204, Iyer came in to bat with the side at 115/2. He went on to stitch an unbeaten stand of 62 runs with Manish Pandey to take the team over the line by six wickets and with six balls to spare.
"When I went in to bat, it was important to have a partnership in the middle. The ground was small, and it was imperative to take the game deep. We knew that 50 runs from the final four overs could be chased here. Pandey and I had decided to look for one boundary every over," Iyer told Yuzvendra Chahal on 'Chahal TV'.
"It is a good feeling to finish the match, and it is greater when you do it with a six. We have many players who can finish the game, I have learnt from them," he added.
KL Rahul scored 56 while Virat Kohli played a knock of 45 runs.
For New Zealand, Ross Taylor and Kane Williamson struck half-centuries to take the team's total past the 200-run mark.
India and New Zealand will now lock horns with each other in the second T20I on January 26. (ANI)