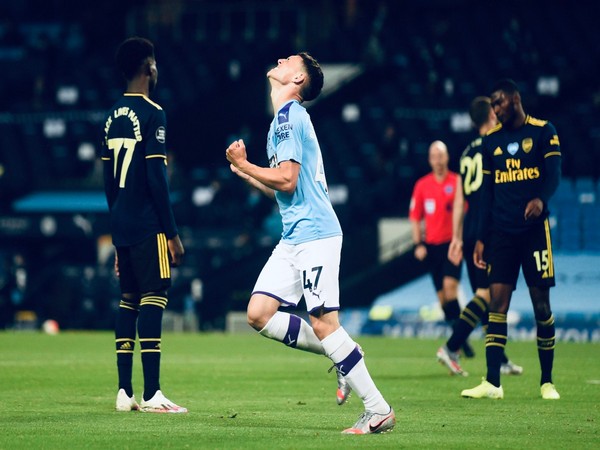 Leeds [UK], June 23 (ANI): Manchester City manager Pep Guardiola believes that Phil Foden will be an 'important player for the next decade in this club'.

Foden performed brilliantly during the club's 5-0 win over Burnley on Tuesday as the 20-year-old netted twice in the match.
"We cannot forget he is 20 years old [and that] he has to improve. But he will be an important player for the next decade in this club," Goal.com quoted Guardiola as saying.
Riyad Mahrez also scored two goals in the match while the final goal was struck by David Silva. Guardiola said every time Foden plays, it is a 'joy to watch'.
"The minutes he has earned, he deserves it. Every minute he plays, it's a joy to watch. His behaviour and his attitude [are excellent]," Guardiola said.
"It doesn't matter if he doesn't play. When he plays, he never plays bad. I think every time he plays with us, since he was promoted, he [has] played at a high level," he added.
Manchester City are placed on the second position on the Premier League table with 63 points, 20 points behind the top-placed club, Liverpool. (ANI)