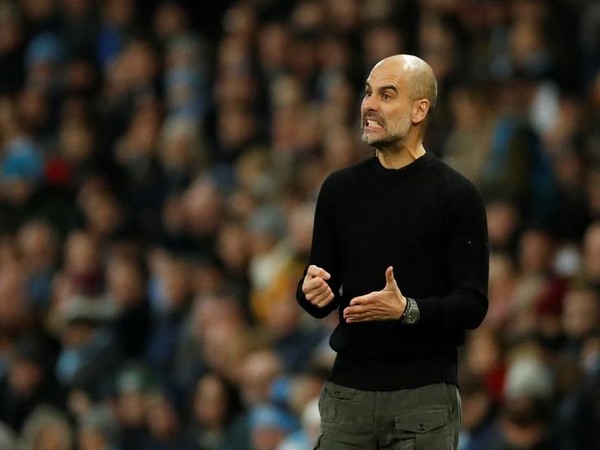 Leeds [UK], Jan 21 (ANI): Manchester City manager Pep Guardiola feels that the number of days in a year must be 400 or 500 for Champions League expansion.

The European Club Association (ECA) and UEFA are reportedly in talks about adding another four matchdays to the Champions League schedule. This addition will result in finalists playing 17 games.
"I think the solution is you have to make a year of 400 days, that is a solution, 400 or 500, more or less. After that we can book another competition. Maybe UEFA or FIFA can talk about it. We have few days a year, that's the problem," Goal. Com quoted Guardiola as saying.
After stating that the EFL Cup "wouldn't be interesting" if Premier League sides withdrew in order to lighten their loads, Guardiola stressed that completions should be eliminated in order to have more quality, less quantity.
"Eliminate competitions. Take them out completely - so less games. Less games, less competitions, less teams, more quality, less quantity," he said.
"The people are going enjoy it. The people are going to go to the theatre, to the cinema, restaurants, to watch the fireworks. That is what they would do," Guardiola added. (ANI)