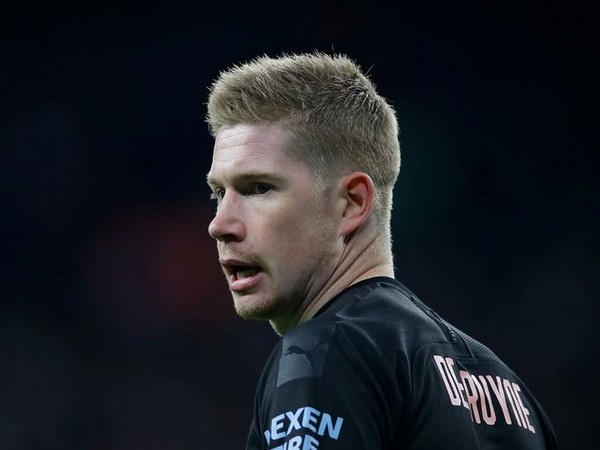 De Bruyne injured his shoulder in the Carabao Cup final clash against Aston Villa on March 1. Manchester secured a 2-0 win in the match.
The Belgium international then missed the clash against Sheffield Wednesday on Thursday.
"He is getting better, training and tomorrow he will improve. He feels better. We will see [about Sunday's game]," Goal.com quoted Guardiola as saying.
Manchester City have won all of their five previous matches and Guardiola is happy with the club's current form.
"It was a good month for us after the little break that we had. We had West Ham at home, Leicester away, Real and then the final of the Carabao Cup," he said.
"We know how difficult these games are. I think we did well. There are a lot of games still to play," Guardiola added.
Manchester City will take on Manchester United on March 8. (ANI)