Harmanpreet Kaur's and Smriti Mandhana's best is yet to come: Rajkumar Sharma 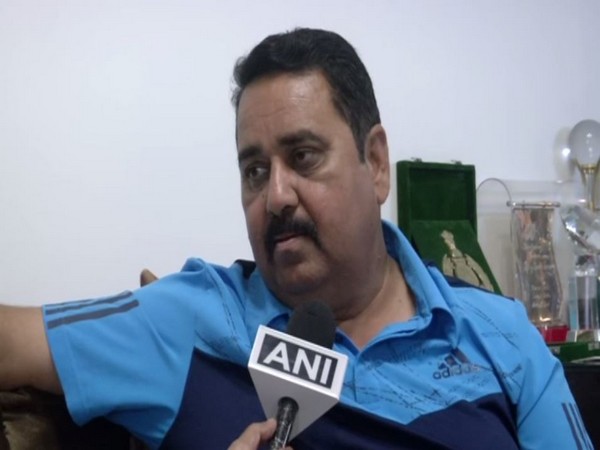 India reached the final of the tournament after the semifinal between India and England was abandoned due to rain and the former secured a place in the summit clash as they topped their Group.
The Indian side is performing as a unit under the leadership skills of Harmanpreet. The team remained unbeaten in their group-stage matches.
Opener Shefali Verma has been consistent with the bat as she scored 161 runs in four matches so far. Mandhana's highest score in the tournament is 17 runs while Kaur scored 26 runs in four games so far.
"India are playing as a team. Shefali Verma is scoring runs, Poonam Yadav is scalping wickets, and Shikha Pandey's lethal fast-bowling is proof that they all are contributing. Harmanpreet Kaur's and Smriti Mandhana's best is yet to come and I hope that it will come in the final," Rajkumar Sharma told ANI.
"I'm very happy that the Indian team have qualified for the final and they deserve this. It is a very happy moment for all of us. England were the biggest hurdle in India's path to the finals as we have never won against them," he added.
Sharma further added that there should be reserve days for semifinals and final of the ICC tournament.

"Reserve should be there for the semifinal and final of the World Cup as it is a biennial tournament and teams prepare hard for the competition. It is very harsh to abandon the match if it rains. I urge ICC to have reserve days for the tournament," Sharma said.
Later in the day, South Africa and Australia will take on each other in the second semi-final, and if it gets washed out as well, the Proteas will make it to the finals as they topped Group B.
As per the ICC rules, both innings needed to have at least five overs to constitute a match. However, in ICC tournaments, the minimum over-limit goes to 10 overs per side. So if rain forces the match to be less than 10 overs per innings, the match is deemed as 'abandoned'. (ANI)