Have to admire versatility of KL Rahul: VVS Laxman 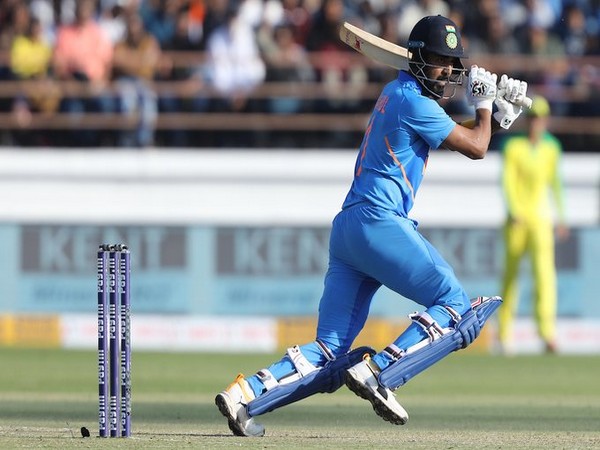 Rajkot (Gujarat) [India], Jan 17 (ANI): Former India cricketer VVS Laxman on Friday lauded the versatility of batsman KL Rahul, saying that "what an important knock he is playing for his team."

Rahul, who played at number five position in the ongoing second ODI against Australia, guided the side to a mammoth total of 340. He smashed 80 runs off 52 balls, studded with six fours and three sixes.
"Have to admire the versatility of KL Rahul. Never easy to play as an opener one day, No4 the other and only the 2nd time batting at 5 in ODIs and what an important knock he is playing for his team," Laxman tweeted.

Rahul originally bats as an opener but due to inform opening batsmen Rohit Sharma and Shikhar Dhawan he has to shift down in the batting order.
Australia won the toss and asked India to bat first. Sharma and Dhawan provided the solid start as they stitched an 81-run opening stand. Sharma departed after scoring 42 runs. He was plumbed in front of the wickets by Adam Zampa.
Skipper Virat Kohli also played a crucial knock of 78 runs off 76 balls and built two vital partnerships with Dhawan and Rahul.
Dhawan, who played a knock of 96 runs off 90 balls, got hit on the rib-cage on his right side while batting. Kane Richardson dismissed Dhawan in the 29th over.
Yuzvendra Chahal took the field for Dhawan as a substitute as he got hit on the rib-cage on his right side while batting. All-rounder Ravindra Jadeja also added unbeaten 20 runs.
Shreyas Iyer (7) and Manish Pandey (2) failed to leave their mark on the scoreboard and were departed cheaply. For Australia, Zampa bagged three wickets while Richardson claimed two wickets. (ANI)