Head down, chin up: Rababa to support SA from stands 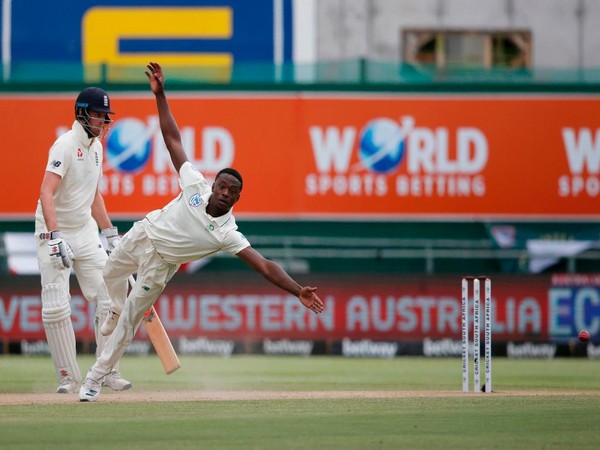 New Delhi [India], Jan 24 (ANI): After getting suspended from the fourth Test against England, Proteas pacer Kagiso Rabada on Friday said that he would be supporting the side from the stands.

"Disappointed not to be playing at the Wanderers this weekend but I'll be in the stands backing the boys all the way. Head down, chin up! #ProteaFire," Rabada tweeted.
Last week, Rabada was reprimanded by the ICC and as a result, he would be missing the fourth Test match against England.
He was also been fined 15 per cent of his match fee and received one demerit point after being found guilty of a Level 1 breach of the ICC Code of Conduct for Players and Player Support Personnel during the first day of the third Test against England in Port Elizabeth.
During the first day of the match, Rabada went on to dismiss Joe Root, and he celebrated in a very vocal manner. He was also seen getting too close to the batsman.
Rabada violated Article 2.5 of the ICC's code, which relates to "using language, actions or gestures which disparage or which could provoke an aggressive reaction from a batter upon his or her dismissal during an international match".
After the day's play, Rabada admitted the offence and accepted the sanction proposed by Andy Pycroft of the ICC Elite Panel of Match Referees and, as such, there was no need for a formal hearing.
Rabada has now accumulated four demerit points in a 24-month period and that is the main reason for him missing the fourth Test.
The fourth Test between South Africa and England got underway today. (ANI)