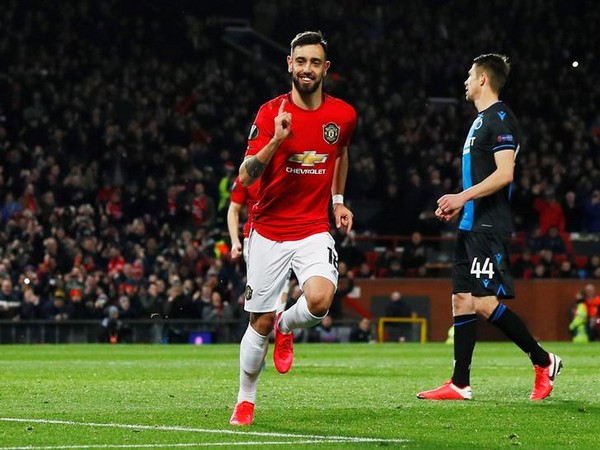 Leeds [UK], Mar 10 (ANI): Manchester United's Luke Shaw is impressed with Bruno Fernandes' recent performances and said that the latter has been a 'brilliant signing'.

"At times we know he's going to lose possession, but we need them sort of risk passes that are going to unlock defences," Goal.com quoted Shaw as saying.
"He's been a brilliant signing so far and he's already come in with a few assists and a few important goals. We will keep pushing the standards and we'll keep pushing him because there's so much more from him to come," he added.
Since joining the club in January, the Portugal international, Fernandes, has scored two goals and provided three assists in his five Premier League games.
Manchester United have been in sublime form as they have not faced a defeat in their last 10 matches in all competitions.
The club will now take on Tottenham in the Premier League on March 15. (ANI)