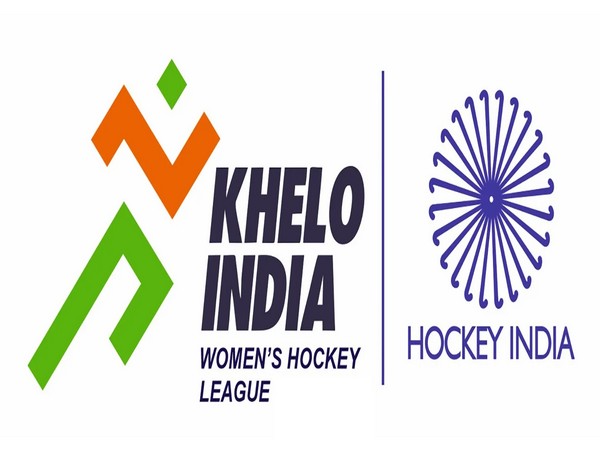 New Delhi [India], Mar 5 (ANI): Sports Authority of India (SAI) in association with Hockey India on Thursday announced the first edition of the Khelo India Women's Hockey League (Under 21) to be held at three different venues across the country in three phases between March - November 2020.

The tournament will be organised by Hockey India. While Phase 1 will be held from March 23 to 29, 2020 at the Major Dhyan Chand National Stadium in New Delhi, Phase 2 will be held from July 13 to 19, 2020 at the SAI Center in Bengaluru, and Phase 3 from November 22 to 29, 2020 at the Kalinga Hockey Stadium in Bhubaneswar.
Speaking about the first-of-its-kind initiative, Kiren Rijiju, Union Minister of Youth Affairs and Sports said, "The effort of the Government is to create talent identification platforms for athletes from multiple sports through the Khelo India Scheme."
"In women's hockey, the number of national-level competitions currently being held in India are limited, and therefore we felt the need to create this league so that more talent could be identified in the U-21 category. I am sure this league will bring forth many talented hockey players," he added.
A total of 14 teams will take part in the first season of the League, with the participation of teams being accepted on a first-come, first-serve basis, subject to confirmation of acceptance of the relevant terms of participation.
These 14 teams will be divided into two pools of seven teams each for Phase 1 and Phase 2 of the League, which shall follow a round-robin format, with each team playing a total of six matches each in both the Phases.
Phase 3 will consist of classification matches based on the rankings of teams after the conclusion of the first two Phases. A final match will also be held to determine the Champions.
The League will be played by various academies registered under Hockey India and Public Sector Units' teams, as per the latest FIH Outdoor Regulations and FIH Rules of Hockey, and by players born on or after 01 January 2000, with each of the 14 teams consisting of 18 players and 4 support staff (Head Coach, Team Manager, Medical Doctor and Physiotherapist).
The League will be played as per the latest FIH Outdoor Regulations and FIH Rules of Hockey.
Speaking on the new collaborative initiative by Hockey India and Sports Authority of India, Mohd Mushtaque Ahmad, president, Hockey India said, "Hockey India is determined to constantly raise the level of hockey in the country, and with this new initiative in conjunction with Sports Authority of India under the Khelo India Scheme, we want to provide a platform to young women players from the Under-21 category to play at a high level consistently across the year." (ANI)