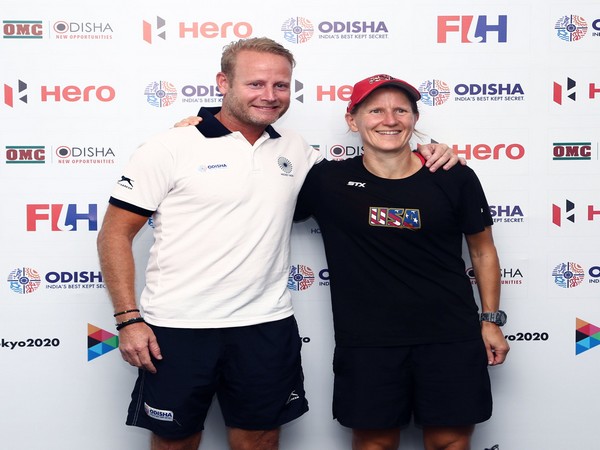 The decorated hockey star, who has 212 international caps for the Netherlands, also successfully led the side for two years before retirement. She had a gold medal at the 2008 Beijing Olympics and a silver in the 2004 Athens Olympics to her credit.
She was also part of the Netherlands squad that won the World Cup in 2006, and a silver medal in the 2002 and 2010 World Cup.
The 42-year-old was formerly associated with the United States women's team as their head coach from 2016 to 2019.
In her career as a coach, she was associated with the USA U21 women's team and also worked as an assistant coach with the US team from 2014 to 2016 before being promoted to the role of the head coach. She was also the head coach for U-18 Den Bosch, a domestic club in the Netherlands.
Under her leadership, the USA won the Hockey World League Round 3 in South Africa, finished third in the Pan Am Cup in 2017 and 2019. She won the bronze medal in the FIH Champions Trophy 2016. Under her stint as an assistant coach, the USA won the Champions Challenge in 2014 and finished 1st in Pan Am Games in 2015.
Incidentally, India women defeated the USA at the FIH Olympic Qualifiers in November 2019 to win their second consecutive Olympic berth.
"I am looking forward to working with Janneke. We know each other for a long time and have the same thoughts about hockey and her experience as an Olympic Gold Medallist and World Cup winner will give the team a good boost in our preparations for the 2020 Tokyo Olympics," said Chief Coach Sjoerd Marijne.
Schopman will join the on-going Indian national coaching camp in SAI, Bengaluru, on January 18 and accompany the team for their season opener in New Zealand where they will play the hosts and Great Britain.
"I am really excited to work with the Indian Women's Hockey Team. I have followed their game for quite a while. I believe they are a very talented and determined group of players. I look forward to contributing to their zest to achieve desired results for India," said Janneke, whose contract is till the end of the 2020 Tokyo Olympics. (ANI)