I encourage you to look out for yourselves, others: Moyes' message for fans amid COVID-19 threat 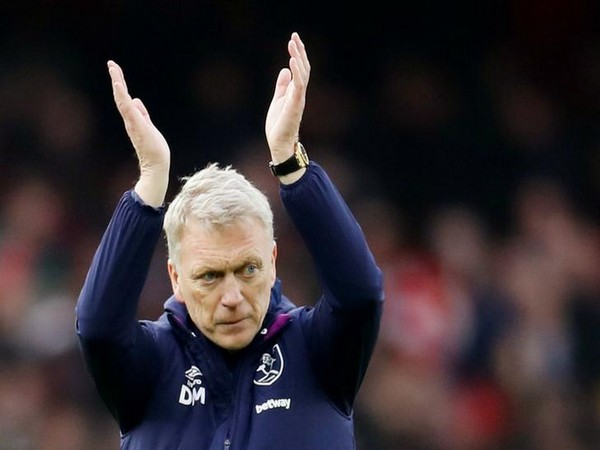 London [UK], Mar 18 (ANI): As concerns over coronavirus outbreak continue to grow all over the world, West Ham United manager David Moyes has shared a message for fans and encouraged them to look out for themselves and others.

"I would like to end as I began, by expressing my support to our supporters, all over the world, and encourage you to look out for yourselves and for each other, with particular thought given to those older or more vulnerable people in our community who might need that extra help," the club's official website quoted Moyes as saying.
The deadly virus has taken a huge toll on sports across the globe as various competitions have been postponed.
Premier League, which is topped by Liverpool, has also been postponed until April.
"Following a meeting of Shareholders today, it was unanimously decided to suspend the Premier League with the intention of returning on 4 April, subject to medical advice and conditions at the time," Premier League said in a statement on March 13.
Reflecting on the same, Moyes said: "We will not be playing Premier League football for a period of time and we support the decision of the authorities because it is necessary at this time, and we all need to do all we can to play our part which, in the long term, could help to save lives."
Globally, the virus has infected more than 184,000 people and killed more than 7500, as per the data available on the World Health Organisation (WHO) website. (ANI)