"I was born to play football": Elche CF's legend Nino 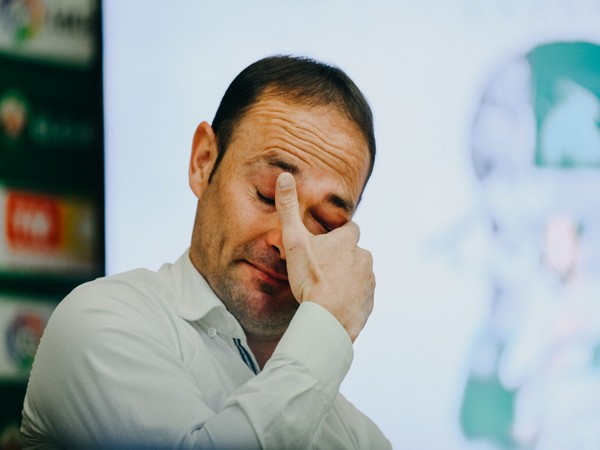 Elche [Spain], June 11 (ANI): LaLiga and Elche CF's legend, Juan Francisco Martinez Modesto 'Nino' was feeling very emotional and reiterated how he was born to play football in aftermath of his retirement from the club.

"I didn't want to start crying but I cannot hold it anymore. I just want to thank everybody in this club and in others that helped me throughout my career. I will always be appreciated and I will always carry you all in my heart," Nino said in a statement.
Juan started his career in the youth team of Real Madrid until he signed for Elche CF 'B' in 1997. He was promoted to the senior Elche CF team in 1998 and since then, he played for Levante UD, CD Tenerife, CA Osasuna, and then returned to Elche CF where he finished his career after these last 5 seasons at the Ilicitan club.
He is the player with the most appearances for the team (475) and the top scorer of the club's history with 135 goals. This last season, the striker appeared in 16 games in LaLiga and 3 in Copa del Rey, scoring one goal against CD Bunol.
"Lots of emotions, really. Over time I came to the realisation that it was time to take the decision to retire. But on the other hand, football is something you'll miss for the rest of your life. Not just now, or two weeks, or a year. I was born to play football, it's what I've done all my life. It's brought me joy, and some hard moments too. But on the whole, it's been incredible. If 20 years ago you told me how things would turn out, I wouldn't believe you. I couldn't have asked for a better ending," Juan added.
In January this year, at the age of 40, Nino competed in Elche's 1-0 La Liga away defeat to Athletic Bilbao. In doing so, he became the first player to reach 700 games in Spain's two professional divisions. Juan felt grateful to the fans and thanked them for the love which they showed him during his time at the club.
"Wonderful memories, I'm sure that I'll look back in the future with a lot of fondness and gratitude. Every player wants to reach the top, professional football, and to feel the love of the fans.
On my last day, there weren't many in the stands, but I felt the love of the whole city, singing my name. Unique moments that make being a footballer worthwhile. Moments that I'll never, ever forget. And it was wonderful that my family could live those moments too, for me that's very important."
Nino announced his retirement from professional football on 9 June 2021, one day shy of his 41st birthday. (ANI)