ICC T20 WC: Virat is 'obsessive', he won't stop until he is the best, says Namibia all-rounder Wiese 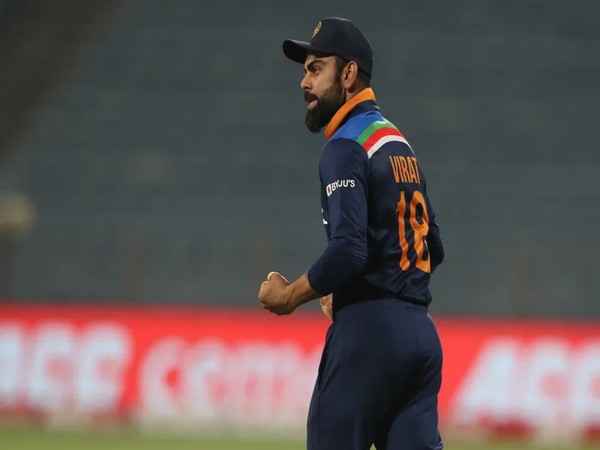 New Delhi [India], October 5 (ANI): Namibia might be playing in its first T20 World Cup, but they have seasoned campaigner David Wiese in their ranks and this will hold the Gerhard Erasmus-led side in good stead as the 36-year-old has mastered his craft all around the world and not to forget, he had also represented South Africa in international cricket.

Wiese had qualified for Namibia by descent since his father was born in the country. Wiese has experience of playing in a major ICC tournament as he had played for South Africa in the 2016 T20 World Cup held in India.
"Namibia approached me when I had signed Kolpak deal in 2017. My international career was over and I expected to never play international cricket and I had come to terms with that. Namibia approached me, Albie Morkel and Pierre de Bruyn (head coach) asked me will playing for Namibia be something I'll be interested in? I never thought I'll ever play international cricket again, so when the opportunity comes around, you would be stupid to not take it. I am thankful to them that they saw value in me," Wiese told ANI in an interaction organised by the International Cricket Council.
Wiese had shared the dressing room with Virat Kohli during his stint with Royal Challengers Bangalore (RCB) in the Indian Premier League (IPL). Having seen India skipper from close quarters, the 36-year-old revealed what makes Kohli really tick.
"Virat is just obsessive, he wants to be the best and he would not stop until he is the best and that for me, is his biggest quality. He is probably one of the best in the world but he still wants to improve. He is already a legend of the game but that is not good enough for him. He wants to become better, he has got a passion for the game. In training, he would spend hours and hours, working on different things. He has never been content, he is always looking to improve."
Talking about AB de Villiers, Wiese said: "AB is successful because he is probably the most talented cricketer that ever has been there. He is hardworking, his success does not come by luck. He puts in hours, his fitness is always good. His success is because of all the hard work he does. That is a recipe for success in most sports and that is something Namibia actually has already."
"I have spent a short time with them and I see guys putting in the hard yards, they are not shy of putting in the extra effort. Physically and mentally, they are strong. They have the talent and the recipe is there, and it is now about trusting the ability. Definitely, what I can say is that one can learn from the hard work and dedication of AB de Villiers and not leaving any stone unturned."
This is Namibia's first appearance in the T20 World Cup and they made it to this stage after defeating Oman in the playoffs of the qualifiers which were held in Dubai in October 2019.
Namibia is placed in Group A of the Qualifying Stages for the upcoming ICC Men's T20 World Cup alongside Sri Lanka, Netherlands, and Ireland. The top two sides from the group will qualify for the Super 12 Stages.
"Yeah, we have a tough pool and it will be difficult for us to get through, all other teams we will be playing against have some top-quality international players so we are going to have our work cut out. We have got a lot of talented players out there. Namibia might not have known guys, but they are talented. They have been welcoming towards me. I will be chatting to the guys, I'll be asking a lot of questions and if I can just help out other guys, that will be a job well done," said Wiese.
"I think the reality is that there is a lot of cricket that is being played in the UAE at the moment. Pitches do get tired, the sun beating down on it, the pitches are going to slow down. I have seen that pitches in Sharjah have gotten slower already so we will have to see and assess the situation. I have kind of based my game on slow conditions having played in the sub-continent over the years. Hopefully, my experience can come through," he added.
The Gerhard Erasmus-led side will start its campaign in the showpiece event against Sri Lanka on October 18 at the Sheikh Zayed Stadium. The next two games against the Netherlands and Ireland will be played on October 20 and October 22. (ANI)