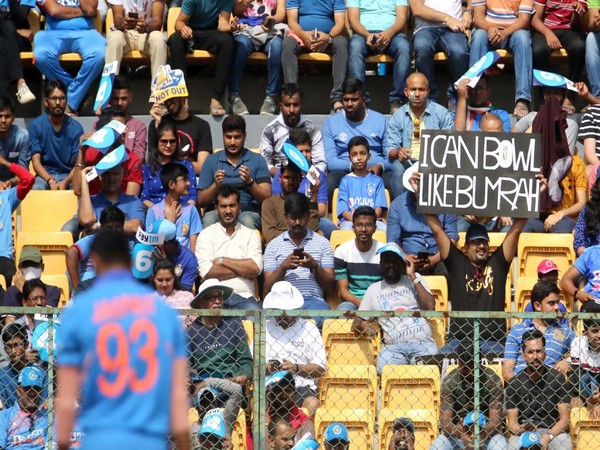 Bengaluru (Karnataka) [India], Jan 19 (ANI): During the ongoing third and final ODI of the series between India and Australia on Sunday, a fan at the stadium claimed to be just as good as Jasprit Bumrah.

When Bumrah was bowling, a fan displayed the banner which read: 'I can bowl like Bumrah'.
However, the International Cricket Council (ICC) did not believe the fan's claims and tweeted: "We'd like to see video proof". 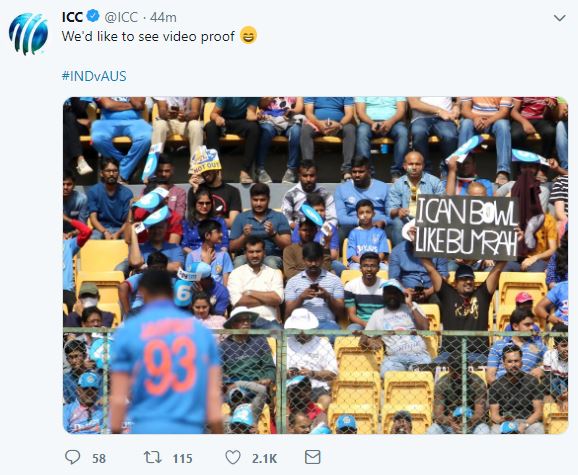 In the match between India and Australia, the latter won the toss and opted to bat first here at the M. Chinnaswamy Stadium.
The visitors lost their openers David Warner (3) and Aaron Finch (19) quite early.
After their dismissal, Marnus Labuschagne and Steve Smith retrieved the innings for Australia.
While filing this report, Australia reached a score of 158/2 in 29 overs. (ANI)