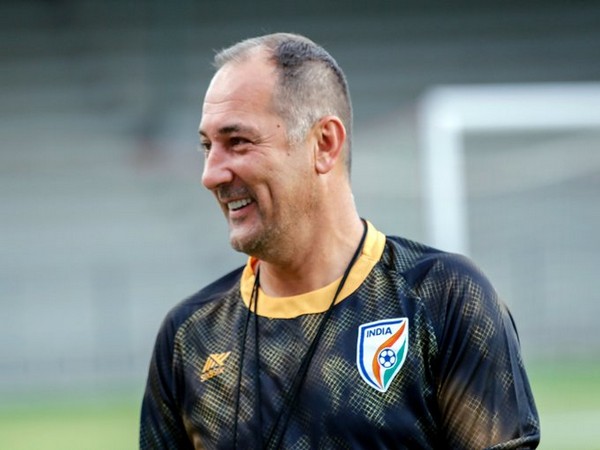 New Delhi [India], Feb 6 (ANI): Ahead of the match against TRAU FC in I-league, Indian National Team coach Igor Stimac on Friday conducted a training session for Indian Arrows at the Cooperage stadium.

Stimac said that the aim of the training session is to enhance the football knowledge and physical capacities of the player.
"We are not putting pressure on them with regards to getting results in the Hero I-League. Our focus is on developing their football knowledge and physical capacities for upcoming years," Stimac in a statement.
Stimac said that Indian Arrows Head Coach Venkatesh Shanmugam has trained the side very well.
"They are a good bunch of promising youngsters. Venky (Venkatesh) has been guiding them very well. It was an effective session today. I wish them all the best for the upcoming matches. I'll look forward to spending some more time with them in the future," Stimac said
Venkatesh Shanmugam said that the team was happy with the surprise training session.
"The boys were taken aback by the pleasant surprise," Venkatesh said.
Ricky Shabong said that Igor Stimac helped the side to focus on important areas and game situations.
"I'm very honoured that Stimac-sir joined us at our training before a crucial away game. It was a great experience. He helped us focus on key areas and game situations," Shabong said.
Indian Arrow will play TRAU FC in I-league match on March 8. (ANI)