Igor Stimac has brought in positive attitude within the team: Footballer Robin Singh 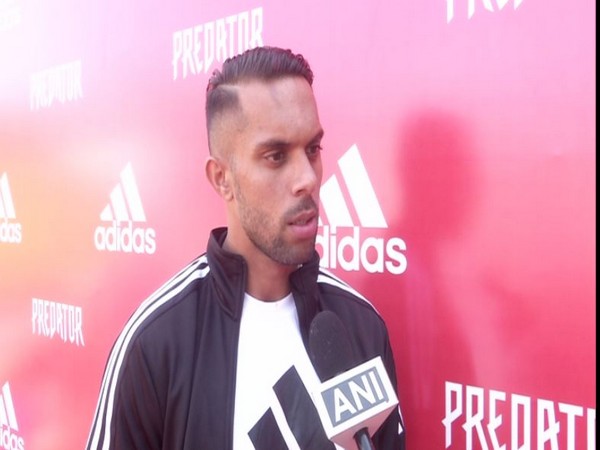 New Delhi [India], Jan 25 (ANI): Footballer Robin Singh on Saturday said that the current coach Igor Stimac has brought in a positive attitude within the side and the team is improving with each passing day.

"Igor Stimac has brought in positive attitude within the team. We are becoming a better side, and in trying to make a transition, you will have losses," Singh told ANI.
He continued, "Football is a evolving sport, it keeps on changing with time. In today's sport, both physical aspect and skills go hand in hand, we have grown technically under Igor Stimac. We can compete with anyone, the national team has fit players now, we are physically strong. We have good strikers and defenders."
Singh, also hailed the women's league in the country and said he is proud to come from a nation where equal opportunities are being given to everyone.
"It's a very good initiative. In today's world it's about being equal and women are no less. I am very proud that India has a women's league, I follow their matches. I support Indian football. Women have reached the moon," Singh told ANI.
Recently, Sunil Chhetri had said that he does not have many matches left for his country. Singh said that the strikers always have pressure on them, and added that there are many youngsters who can fulfill the role of being an out and out striker.
"The team is dependent on the striker. Sunil is great, but the youngsters in the side are great. Pressure is always there on Sunil, but strikers always have pressure on them. It is important to score goals," Singh said.
"This is a country where there is immense talent. There are enough strikers, I want to play for my country. I will fight for that position. I need to show what I can bring to the table. As an footballer, I need to perform and the rest is up the coach," he added. (ANI)