'I'm an RCBian forever', says AB de Villiers as he bids adieu to all forms of cricket 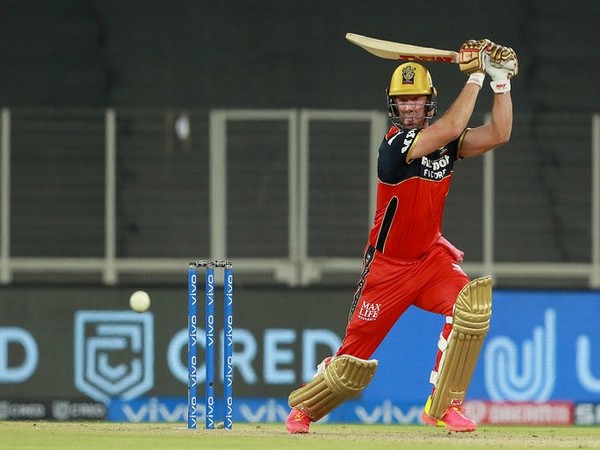 Bengaluru (Karnataka) [India], November 19 (ANI): Former South African batter AB de Villiers, who on Friday announced his retirement from all forms of cricket, said that arriving at the decision took a lot of time.

De Villiers also said leaving the Royal Challengers Bangalore (RCB) family is "extremely bittersweet" and thanked Virat Kohli, teammates, coaches and support staff for all the support.
"I have had a long and fruitful time playing for RCB. Eleven years have just whizzed by and leaving the boys is extremely bittersweet. Of course, arriving at this decision took a lot of time, but after a lot of contemplation, I've decided to hang up my boots and spend quality time with my family," said De Villiers in a statement by RCB.
"I would like to thank the RCB management, my friend Virat Kohli, teammates, coaches, support staff, fans, and the entire RCB family for showing faith and supporting me all through these years. It has been a memorable journey with RCB."
"Have so many memories on the personal front to cherish for the lifetime. RCB will always be very close to me and my family and will continue to support this amazing team. I am a RCBian forever," he added.
The decorated South Africa batter, who began his RCB career in 2011, enjoyed 10 seasons, being a crucial part of 5 playoff runs in his time.
RCB said De Villiers has made immense contributions for the side and will go down as one of the greatest players in the team's illustrious history.
"AB de Villiers has been among the best ambassadors of the game, and we are honoured to have him represent RCB in the IPL. His work ethics have been impeccable, which has not only rubbed off on the team, but has left a high benchmark for other youngsters to follow," said Prathmesh Mishra, Chairman of RCB.
"AB has been a true leader, both on and off the field and we would like to express our heartfelt gratitude for his tireless commitment in helping RCB establish itself as one of the premier franchises in the IPL.
"We wish AB all the best for his next innings in life. He will always be part of the RCB family," he added.
AB de Villiers has played 156 matches for RCB and scored 4,491 runs. He is the second all-time leading run-scorer behind Kohli and holds the second and third-highest individual run total in RCB history with 133* against Mumbai Indians (in 2015) and 129* against Gujarat Lions (in 2016). (ANI)