Impossible to be at your highest level all year: James Milner 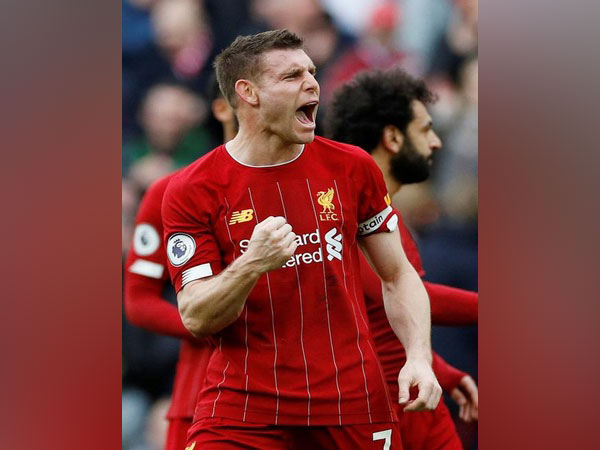 Liverpool [UK], Mar 9 (ANI): After the club witnessed a few setbacks in their previous clashes, Liverpool's James Milner said it is 'impossible to be at your highest level all year'.

"It's always going to happen. No team goes through a season without having a couple of performances which aren't at the level," the club's official website quoted Milner as saying.
"It happens, it's a long season and you see how many games we've played, and any sport you play it's impossible to be at your highest level all year, year in and year out," he added.
Prior to the match against Bournemouth, Liverpool suffered two consecutive defeats. Watford thrashed Liverpool by 3-0 on February 29 which was followed by a 2-0 FA Cup defeat against Chelsea on March 4.
However, Liverpool bounced back and secured a 2-1 win over Bournemouth on Saturday.
Atletico Madrid registered a 1-0 win against Liverpool in the Champions League last-16 first leg on February 19. Milner is looking to turn things around in the second leg and is hoping to have a 'special night'.
"We know how good they are, we know how well organised they are but hopefully we can push them all the way and overturn that and have another special night at Anfield," he said.
Liverpool will compete against Atletico Madrid on March 12. (ANI)