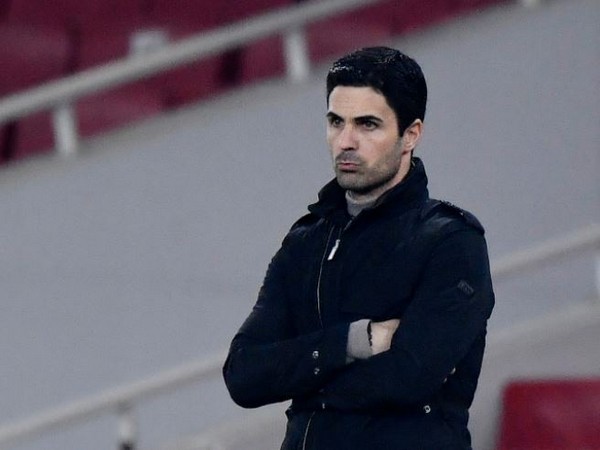 London [UK], February 22 (ANI): After suffering a defeat against Manchester City, Arsenal manager Mikel Arteta hailed the opponents saying that they are the "best team" at the moment.

Manchester City maintained their winning run in the Premier League after securing a 1-0 win over Arsenal here on Sunday.
With this victory, Manchester City made it 18 straight wins in all competitions and equalled the club record 11 consecutive away victories. Also, it was their 13th consecutive Premier League victory.
"That was my worry because with the formation and the players that were used today, there is nothing worse than going behind so early because it puts the game exactly where they want it... I saw that we reacted really well to that and we gave them a real game. But at the moment they are the best team because they dominate in every single department and credit to them because they're an incredible team," the club's official website quoted Arteta as saying.
In the 2nd minute, Raheem Sterling leapt high to nod in Riyad Mahrez's right-wing cross and it proved to be decisive as Manchester City consolidated their top position on the Premier League table.

Manchester City now have 59 points from 25 games while the second-placed Manchester United have 49 points from as many games. Arsenal, on the other hand, hold the 10th spot with 34 points. (ANI)